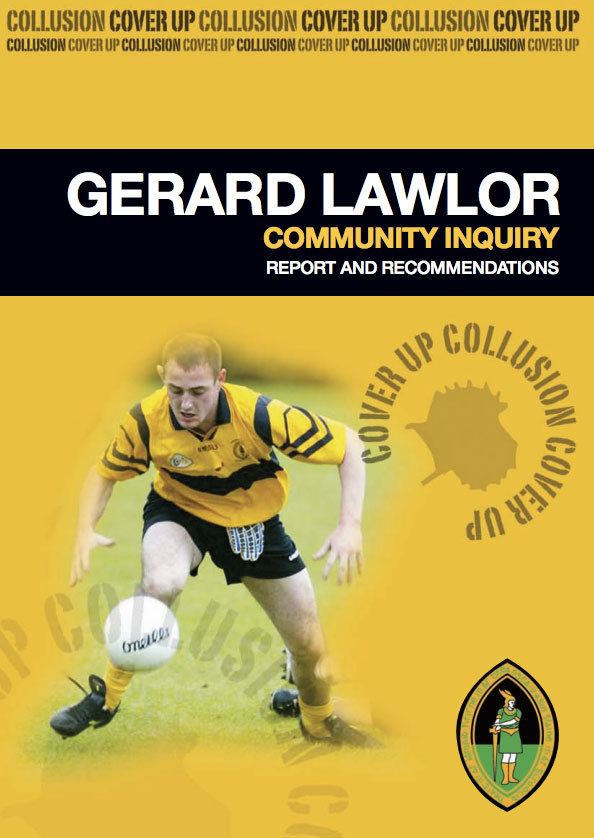 In memory of our senior footballer Gerard Lawlor who was murdered 15 years ago today.

No arrests, no prosecutions, no inquest, no PONI complaint.”

The case of Gerard Lawlor involves the PSNI, the running of agents in loyalism and the very basis for confidence in the rule of law. The report of the community inquiry into Gerard’s murder can be found here Gerard Lawlor Community Inquiry