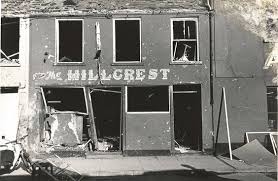 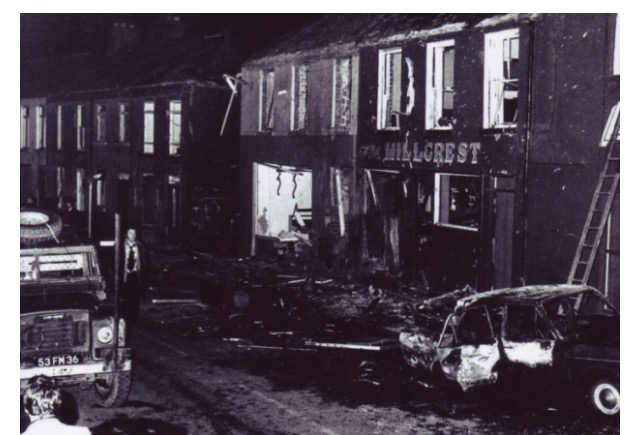 Relatives for Justice (RfJ) were in the High Court, Belfast on the 7th May 2015 for the start of judicial review proceedings against the Chief Constable of the PSNI.  The case centres on the commitment given by the Historical Enquiries Team (HET) to complete an overarching report into the murders carried out by the Glenanne Gang. Their killings included, the Miami Showband Massacre and the bombings at the Step Inn in Keady and the Hillcrest bar in Dungannon.  Norbett McCaughey, who lost his son, James in the bomb attack on the Hillcrest Bar has campaigned for several years to get the HET to produce a report outlining the collusion in the murder of his son.  RfJ have long supported the McCaughey family in their attempts to find the truth about the wider activities of the gang who murdered their loved one, James. This was promised to them by the HET as a means of exposing the way in which the RUC and British army colluded in the Glenanne gang’s murderous activities.

During the court hearing it was stated that the HET had failed to provide families with an overarching report into the activities of the loyalist gang, and its involvement in the murders of 120 Catholics.  The UVF gang, who were based in a farm in Glenanne south Armagh, included serving members of the RUC and UDR.

It was in the Hillcrest Bar incident that 13 year old Patrick Barnard was killed along with James McCaughey and two other Catholics.  Edward Barnard, Patrick’s brother, is the applicant in this case. The Hillcrest Bar was referred to frequently by both the applicant’s barrister Danny Friedman and Tony McGleenan QC on behalf of the Chief Constable. Danny Friedman stated that a commitment was given to Norbett McCaughey, the father of 13 year old James McCaughey, also killed in the bomb attack, that an overarching report would be completed by the HET. Tony McGleenan told Mr Justice Treacy that the review into the Hillcrest Bar concluded that there were no new evidential leads in the case.  “The draft [overarching] report adds nothing analytical to the existing review summary reports, it adds no value” McGleenan contended.

Steve Morris, a former member of the Metropolitan Police based at Scotland Yard, and Senior Investigator in the HET, signed an affidavit on behalf of the applicant, stating that a draft report had been complied into the Glenanne killings. The report looked at the collusion between loyalists and members of the RUC and UDR.  Steve Morris states in his affidavit “until the entire Glenanne Series was reviewed, it was impossible for an individual family to be aware to the fullest extent, the collusion in the series”.

Danny Friedman said “it was not the job of bereaved families to put the jigsaw together”.  That is the job of the PSNI at this stage and that is why we bring this claim”. “In effect, we are asking the court to order the PSNI to finish what it regarded through its agency [i.e. the HET] as necessary and has already started.”  Tony McGleenan argued on behalf of the Chief Constable that “detailed and searching” scrutiny of the Hillcrest Bar killings and the other cases was carried out.  He said there were no further evidential opportunities and no evidence of collusion.

Mr Justice Treacy sought clarity from barrister Danny Friedman on the second day of the hearing as to who should complete the draft HET overarching report. “Do you want the PSNI to complete the report”?  asked Judge Treacy. Danny Friedman said the PSNI could complete the report provided an independent mechanism was employed that created what he called ‘institutional independence’. Tony McGleenan for the Chief Constable stated that completing the draft report would add nothing new in the investigation. “The Chief Constable considers that there is no investigative value in completing the overarching HET report into Glenanne “… “We are concerned that relatives are left with the impression that there’s some panacea to be found in the entire analysis by the HET” concluded McGleenan.  The case was adjourned by Mr Justice Treacy until the 19th June.