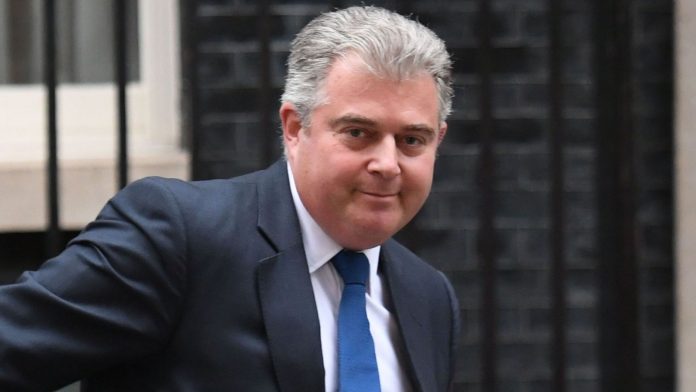 Relatives for Justice (RFJ) CEO, Mark Thompson, said; “A claim by Brandon Lewis that £500 million has been spent since 2011 on legacy civil litigation against the State is a deliberate falsehood.

“The claim initially made in the NIO Command Paper setting out plans for an amnesty resurfaced today on the BBC’s The Politics Show.”

“It’s designed to distract away from universal criticism of Lewis‘ amnesty plans whilst simultaneously attempting to gain support for his deeply unpopular plans by scaremongering on costs.

“There are approximately 1,000 civil claims lodged in the courts by victims and survivors from across the entire community.

“These cases have emerged because the State has refused to independently investigate killings, bombings and shootings. It’s one of the only options families have, which Lewis now seeks to close as part of his amnesty plans.

“The facts are simple:

“The reality is the British government and Brandon Lewis are quite prepared to spend whatever it takes to stop the truth from emerging. This is a misuse of public funds.

“The State regularly pay substantial amounts in this regard.

“In one infamous case alone, involving the State agent Stakeknife, the State paid out millions in compensation in order not to open an envelope referred to as “Annex A”, which contained the names of several IRA agents.

“Truth costs nothing – it’s the cover-up that costs millions.

“Brandon Lewis, and other agencies, seek to distract from their legal obligations to investigate conflict killings, bombings and shootings by engaging in what is essentially victim blaming on costs. This is repugnant.

“We challenge Brandon Lewis to back up his claims with facts.

“We further call on the justice minister and Legal Services Agency, which administers legal aid, to publish the true costs and facts in response to these ridiculous and mendacious claims.

“We also call upon the NIO, PSNI, MoD, and MI5 to publish the amounts they’ve spent, and continue to spend in each financial year since 2011 on legacy litigation, in denying truth and justice to victims and survivors from across our community.”