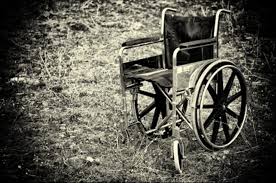 Relatives for Justice CEO Mark Thompson speaking to the media today regarding proposals for a pension for the injured for inclusion in the NI Bill and scheduled amendments.

“Our conflict ended in a political solution with no winners and no losers. It was a negotiated settlement.

“We were supposed to rebuild and move collectively forward on the principles of respect, equality and fair treatment.

“This includes all those harmed by our conflict and who require support. Some require a pension. This is something that we have campaigned for and supported. A pension must be based on need, not just for some victims, but all victims, with no one left behind.

“Changing this bill has everything to do with the process of promoting a unionist pro-state led narrative of the conflict than it has to do with meeting the needs of victims.

“Changing this bill is all about reinforcing a hierarchy of victimhood to exclude non-state combatants whilst embracing those who wore a state uniform regardless to the facts they were engaged in the systemic practice of collusion and some of the most egregious human rights violations of the conflict.

“It smacks of hypocrisy.

“This purely partial one-sided approach once again breaches the Good Friday Agreement in terms of equality and rights and further undermines the peace process.”

Events to remember to 20th anniversary of the murder of Theresa...