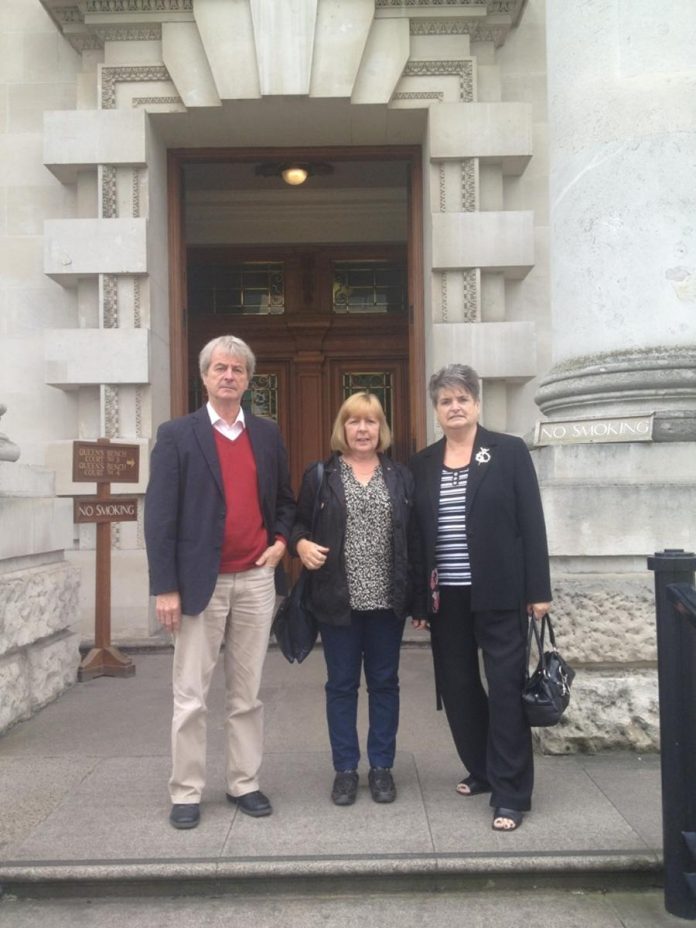 In their July 2013 report on the Historical Enquiries Team (HET), Her Majesty’s Inspectorate of Constabulary (HMIC) noted ‘high levels of satisfaction with the performance of the HET team’ identified in three surveys carried out between 2009 and 2011 (page 15). It also concluded on the basis of its own research: ‘Some families were extremely satisfied with their engagement with the HET process and others less so’ (page 53). However, the HMIC spoke only to 13 families.

Consequently in November and December 2013 I set out to interview as many families as possible with a view to ascertaining satisfaction levels. The interviewees were accessed through a wide range of NGOs dealing with victims of the Northern Ireland conflict as well as a number of solicitors’ firms supporting families in their dealings with the HET.

82 people agreed to be interviewed. Seven had refused to engage when approached by the HET and three had initially engaged but later withdrew. This is significant as the surveys noted by the HMIC did not talk to similar people.

Those who had engaged with the HET (75 of the 82 interviewees) were asked if they were glad they did so. Their replies were classified as: ‘glad’, ‘not glad’, ‘mixed feelings’, and ‘strategic’. The last meant that they were satisfied not with the process itself but for what it had confirmed as regards their scepticism about the process.  The results for relatives of a range of victims are as follows:

Reasons given for satisfaction included the attitude of the HET officers and the information gained from engagement.

Reasons given for dissatisfaction included the health consequences of engaging and the failure of the HET process to disclose any new information.

Those who are classified as strategic stressed that their engagement confirmed their suspicions.

Repeatedly those who were dissatisfied returned to a number of themes. They pointed to hostility on the part of HET officers:

The lack of disclosure of information was also emphasised, along with a disclosure in meetings which was not followed up in the final report:

Some people claimed to have caught out the HET lying to them.

The inadequacies of the final report were also to the fore in people’s criticisms.

Those interviewed reiterated the assurances that had explicitly or implicitly been given to them when they first engaged: that the HET was independent, and that it would leave no stone unturned in investigating their relative’s death. The failure to deliver on those expectations was at the core of people’s frustration. And a commitment to delivering on them was seen as the only realistic way forward for any replacement body.

What is clear beyond doubt is that for the bulk of the 82 people questioned the HET has not worked and their sense of disappointment is profound:

‘It took me most of my life to try to come to terms with the death of my father, the disintegration of the family and growing up in care. I believed in the peace process and the potential for change. But now I’m left wondering if anything has changed ‘(relative of Catholic civilian killed by British army).

After the HMIC reported, HET operations were put on hold. More recently, the Haass and O’Sullivan draft document suggested that the operations of the HET and the Police Ombudsman be transferred to a new body, the Historical Inquiries Unit. Given the failure of politicians to agree on implementing such an innovation, the question of the future of the HET is back on the agenda and will have to be answered sooner rather than later.

Will it be sufficient to implement the HMIC recommendations and get back to ‘business as usual’? Good policy can only be based on up-to-date and inclusive research. The HMIC talked to 13 families before their highly critical report on the HET was published. My research involved over six times as many families who were reaching informed conclusions on the basis of critical information, including that produced by the HMIC.

In contrast to HMIC’s conclusion that there was ‘an almost universal desire for it [HET] to be retained so long as improvements were made to the way it works’ (page 101); this research has found that an overwhelming percentage (74%) of a cross-community sample of victims’ families  (82 interviewees) was of the view that HET should be disbanded.