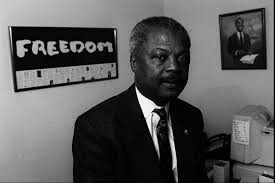 It is with great sadness that Relatives for Justice learned of the passing of Donald Payne today. Not only has the American, African American and Irish American community lost a friend and advocate – so has Ireland and her people.

Congressman Payne was a public representative who became a friend of Ireland and the Irish people. He reached out instinctively to those dispossessed and marginalised, in Ireland, wanting to hear their voice. His strong support of the Finucane family and their just demand for a public inquiry gave strength and hope to all of those struggling for justice. As Mark Thompson says “He was always on the right side – the side of human rights and justice”.

RFJ Briefing to US friends meeting UK Secretary of State

British Government response to NIAC legacy criticisms are an obfuscation