Relatives for Justice – Model of Intervention 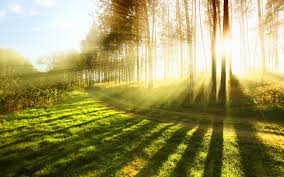 Relatives for Justice (RFJ) work within the specific parameters of supporting those bereaved or injured or a carer for someone who has been injured as a result of the conflict.

Over the years our understanding of trauma has grown.  We learn and self-educate through our continuous engagement with people who use the services of RFJ ,and as we have encountered the level of complexity that they face, our knowledge has expanded.  As an organisation we keep up to date with recent developments in traumatology.

Most important of the recent trauma research states that, whereas everyone experiences in the first instance, the same physiological response to traumatic events in the nervous system, each person’s unique personal history and social context means that they experience the outworking of these events differently.[1]

In response to this we recognise that each individual has unique needs and that a uniform and standardised response – one size fits all – will not help with the integration of these overwhelming experiencing in the long term.

Not everyone using RFJ services need psychotherapy or counselling, but many do.

RFJ provides a range of support which includes the opportunity to engage with a counsellor or therapist, should the need emerge.

Time and again we receive feedback that our clients have not felt able to discuss or articulate their trauma/mental health difficulties in the past and subsequently they are unable to connect the traumatic experience to the presenting issues.

Contact with the few General Practitioners[2] who empathise with the trauma survivor is limited with follow up signposting to the statutory services for support proving futile on too many occasions. Resulting from this a cycle of medicated individuals whose monthly prescriptions are released, suppressing the underlying causes of their traumatic experience and rendering them dependent and helpless[3].

RFJ provides a range of support as the various needs emerge, recognising the uniqueness of each individual.  In addition, as trauma first isolates and disconnects, RFJ through a programme of activities and events, supports connection with others who have survived similar events and are living with the outworkings of terrible experiences.   These needs emerge as a result of the complexities experienced by  individuals, their families and communities and the connection between all three impacting on various levels of life and relationship ie complex post traumatic stress syndrome[4].  (Judith Lewis Herman)

As a result of RFJ offering a range of service in our approach to trauma support, the service user often already, has a established foundation of trust through involvement with the other services provided and often feels able to engage in therapy. The value of this approach cannot and should not be underestimated.  Gradually we build reconnection to help create solid ground with the client as they begin therapy or counselling. The result is that we have an expanding group of people, from the most deprived areas of society often with chronic mental health problems, who are now able to seek help.

We are proud of our service model, which employs – amongst other professionals -qualified clinicians who are BACP accredited, are required to engage in private supervision, in addition to their own peer supervision and case management meetings with RFJ’s Clinical Lead.  This ensures each service user is receiving quality care as all our clinicians adhere to the principles enshrined within the ethical principles of counselling and psychotherapy[5].

For many of our service users, understandably, there is a deep distrust of government services. Often individuals will avail of RFJ with respect to legal issues which have arisen as a result of the unfinished business of the conflict.   People will often seek counselling and therapy as they engage with these legal processes – before, during or after as they manage the experience of working with events which many have occurred many years ago, are ever present during these legal processes.  Outcomes of these can also leave a person trying to manage very difficult and distressing responses.

The complexities emerge in relation to the unfolding social and political systems eg:  the continued absence of any form of wellbeing with information about events, the piecemeal approach regarding the past, ie, engaging with the HET.  In addition…as people get older the impacts emerge in different ways both for the person who directly experienced the event many years previously but also for their children and grandchildren and other close family members.

For the bereaved legal redress for loved ones who were killed in disputed circumstances by state agencies prove lengthy and frustrating as multiple adjournments in respect of inquests are common place.  Historic investigations of unsolved killings remain a heavy burden on those who have not had answers as to how their loved ones died or indeed who was responsible.  Not being able to put the jig-saw together causes individuals within families to rely on stories or second hand information, only when the story is told can recovery begin[6]. Family memories die as in many cases older members pass on, transcending down to siblings and grandchildren[7] the burden to carry the quest for truth and justice surrounding the death of the loved one.  Currently RFJ’s counselling programme continues to support families to the 2nd and 3rd generation but who are impacted by it.[8]

At a recent RFJ conference a woman described how she needed the truth now surrounding the murder of her brother. One parent had recently died leaving her aging mother alone.  This woman declared that she should not have to carry on the quest for the truth as she had witnessed the impact this had on her parents.  In turn she can see the impact already affecting her teenage children now as she struggles to make sense of the past and deal with the present[9].

RFJ’s model of intervention facilitates the recovery and integration of trauma memory. For many individuals recalling traumatic memory can be a painful and frustrating experience, it can be without words and remain stagnant[10].

Often the client has only somatic memory and is dependent on family narratives to experience personal connection with the person who has died.  This can be extremely distressing as the person begins to integrate the loss and discover language to express this unique experience.

Similarly, early childhood memory need support to be integrated through the developmental process as they become aware of how the impact of events have shaped their lives and relationships.

He has no memory of his father other than when he was young. He recalls his father coming home from work on a Friday night and giving him and his siblings money for sweets.  As a family they would all sit round the fire and his father would tell them all ghost stories. He recalls his father had the ability to tell a good story. This individual states that his family never talked about the death of their father and indeed his mother continued the silence for many years[11].  He does remember how his mother appeared to change after the incident having to work and not be there when he got home from school.

Now he is a father himself.  He has teenage children. They want to know about their grandfather.

In 1999, 40,000 people were recorded as having been injured as a result of the conflict[12].  On a daily basis these individuals are reminded of the past as they attempt to carry out the basic tasks of hygiene household duties, hospital visits, pain management etc.

We have found at RFJ that, compounding the daily distressing experiences of unintegrated trauma impacts, when someone finally does risk speaking out there is the added burden of having to prove that they were indeed injured as a result of the conflict.  Accessing documentation through bodies that no longer hold records such as Solicitors and hospitals in order to be acknowledged by the many layers of government and state bureaucracy cause the traumatic experience to be reduce to a paper trail resulting in the individual becoming re-triggered and re-traumatised. In addition those who suffer the unseen psychological injury are required to undergo further stringent examination in order to have their experience reduced to a medical label[13].

Generally speaking RFJ’s model of intervention is grounded on the Herman model of trauma recovery encompassing:-

with the additional neurobiological developments which takes the experience of the body as the starting point for trauma integration.

And including a context of human rights and social justice

At RFJ we have learned over many years that a multi-layered approach taking into account the unique experience of each person provides the best opportunity for long-term symptom relief, greater resilience and integration.  In respect of this we have discovered and take the view in our work that

[5] Ethical principles of counselling and psychotherapy

[11] Yael Danieli, Psychotherapists’ participation in the conspiracy of silence about the Holocaust. Psychoanalytic Psychology (1984) vol. 1, 23-42

[13] WKM Solutions, “The Victims and Survivors Service, An Independent Assessment’, 2014