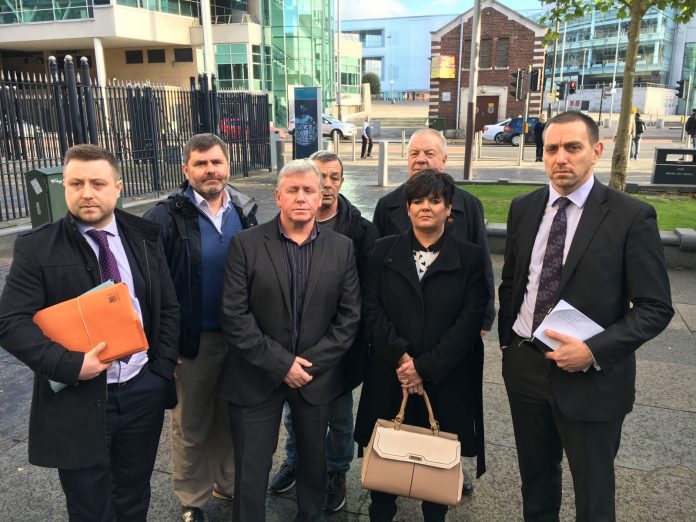 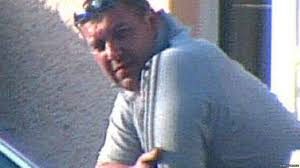 The final stages in a long saga occurred last Monday morning as loyalist leader Gary Haggarty finally pleaded guilty. Justice might now emerge as the cover of cloud and fog lifts surrounding the UVF and RUC Special Branch collusion in five murders as Heggarty will shortly give evidence in a string of prosecutions against others writes RFJ Director Mark Thompson.

At 10am on Monday 7th November several families affected by north Belfast’s Mount Vernon based UVF gang gathered quietly on the 4th floor at Laganside Court where the gang’s former leader Gary Haggarty, now turned supergrass, would enter a guilty plea to 202 counts of criminality, spanning from 1991 to 2002, including five murders.

This was a Magistrate’s Court hearing and the plea now technically sees the matter being referred to the Crown Court for sentencing; something that has taken much more than a considerable amount of time and to which concern had been more than expressed. The BBC’s Vincent Kearney did an excellent programme almost two years ago on the delay.  (http://www.bbc.co.uk/news/uk-northern-ireland-31703647  – http://www.irishtimes.com/news/ireland/irish-news/north-s-dpp-to-consider-charges-against-former-police-officers-1.2124883)

Haggarty, apparently disillusioned with his Special Branch handlers and loyalist cohorts, availed of the Serious Organized Crime & Police Act (SOCPA) which requires offenders to first go through a ‘deep cleanse’ in which they confess every criminal act they’ve committed before being sentenced and then providing evidence against others and importantly – his former RUC handlers.

Families, their lawyers from KRW Law and Padraig O’Muirigh Solicitors and RFJ, had waited patiently in the corridor as the hearing was pushed back from 10am to 11am.

Seated within proximity in the corridor were a handful of loyalists, some heavily tattooed, in hokum designer gear, all sporting poppies and eager to eyeball their former north Belfast leader.

The PSNI was present and, along with court security staff, busied themselves about the place, and as the doors to courtroom number 13 opened they conducted body searches – four at a time were permitted entry as five PSNI officers crowded the few steps between the main corridor door and entry door to the seated public gallery.

RFJ complained and asked to see the senior officer making it clear to him that it was unacceptable for the families of those murdered to be bodily searched as they sought entry to the courtroom to see and hear the person involved in killing their loved ones plead guilty. It was also pointed out that searches had already been conducted during entry to the main building. In fairness an apology and understanding was given, with a commitment that at any future hearings, including related hearings, that this would be addressed.

Dressed in a plain dark suit, and sporting a poppy, Haggarty entered the dock and stood flanked by two PSNI officers with several more including court security staff lining each side of the courtroom; some discreet, some not so. All wearing poppies too.

Haggarty stood facing the judge with his back to the packed public gallery. Separated only by the panes of glass framing the dock and those bordering the front view from the gallery this was the closest the families had ever been to him. But for the glass, he was within a few steps away.

The indictment of charges was too voluminous to read in full and so the clerk of the court read the main extracts in an agreed statement format and when finished asked, “Do you understand the charges as put to you?”

Before continuing, the clerk read Heggarty his rights in that anything you say will be written down and may be used in evidence against you.

“Do you wish to respond to the allegations, give evidence, or call witnesses?”

With a date to be set for a future appearance before the Crown Court, that was it.

Haggarty has pleaded guilty and the agreed indictment will be considered during sentencing before the Crown Court, hopefully before the end of the year.

There was a relief amongst the families as a long chapter in this episode of atrocious crimes from murder to criminality, drug dealing, extortion, kidnapping, arson, racketeering and punishment attacks closes, with another in that journey, the final track towards justice and accountability, hopefully emerging in the not too distant future.

It was the turning of the page without yet closing the book; and we are nearing the end.

And it would be remiss not to say that the list of heinous crimes outlined above happened at the behest of Haggarty’s equally odious Special Branch handlers, and the families await the unvarnished truth to be vindicated about these handlers.

Outside the court Michael and Sinead Monaghan, son in law and daughter of Sean McParland who was killed, told the media that they had waited almost 10 years for this day, ever since the Police Ombudsman Nuala O’ Loan’s report Operation Ballast was published detailing the activities of the Mount Vernon UVF and RUC Special Branch. 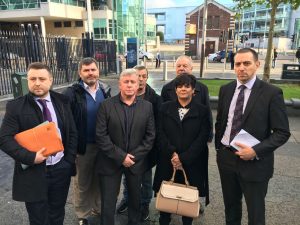 They told reporters they wanted the case against all those, including Special Branch handlers who they said were ultimately responsible for the murders, held to account and that there should be now be no need for further delay.

Raymond McCord, who initiated the complaint that led to the Ballast report, added similar comments, and Padraig O’Muirigh spoke of the frustrating wait for justice by families and the toll it has taken. He added that the case against all those responsible for and who played a role in the murders should take place as soon as possible and without delay.

And as Haggarty stood in that dock, visible for all to see and the charges clear for all to hear, there was now equally more than just hope that the opaqueness so desired by the system, the handlers and loyalists, too was fading and that accountability and justice might just now emerge as the cover of cloud and fog lifts.

The families are being supported by RFJ.