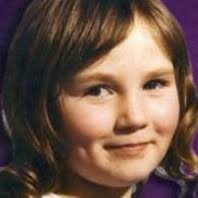 We were shocked when our colleagues in the Pat Finucane Centre told us that they have found that files at Kew National Archives referring to the killings of two children killed by plastic bullets exist but cannot be accessed. 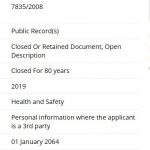 Tonight the family of Julie Livingstone has written to the Secretary of State Karen Bradley requesting a meeting for their family and the family of Paul Whitters. The following is that text of that letter.

We are writing to you in relation to a file held in the British National Archives, which refers to the killing of our beautiful, much loved and sorely missed little sister Julie Livingstone in 1981. This file is marked closed until 2064. 83 years after her killing.

Julie was 14 years old when a British army soldier shot her in the head on 13th May 1981. We have seen neither a legally compliant investigation nor due process for that crime. From the moment of her death our parents fought for accountability and for the end of the use of plastic bullets. They were both to pass away without seeing either.

Having spoken with representatives of the family of young Paul Whitters, also killed a plastic bullet, fired by the RUC, we are aware that they too have written to you in relation to that file being hidden for decades.

May we firstly state that we find it inconceivable that these files are held in secret. There is surely no greater public interest than in state papers held in relation to the killing of children by the state. Secondly that the files are being withheld from our family until 2064 is cruel and inhumane and constitutes a form of continuing torture not to mention cover-up. By that date not only will Julie’s parents have passed away, her siblings will also be very unlikely to be afforded the opportunity to read them.

It is notable that the Freedom of Information decision date was 2019. This decision was made while families are actively seeking information in relation to conflict killings. It appears that the archives were trawled in search of files the British state feels should be secreted from public view, ie those files that involve culpability from the British state. This is cynical and speaks to a desire to hide the truth, and impede accountability.

Secretary of State, your comments at the beginning of this year in relation to state killings, were an affront to our family. This decision by the National Archive compounds those words.

We wish to request that you act urgently to redress the matter. The relevant files should be given to our family and to the Whitters’ family. We, with the Whitters family, wish to meet with you at your earliest convenience.

Concern at use of Plastic Bullets – They must be Banned