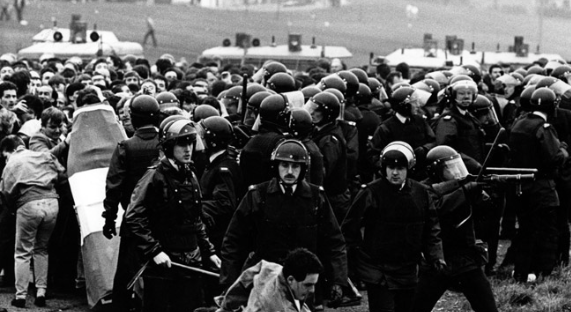 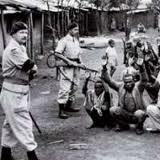 Today lawyers, representing a significant number of Iraqi citizens, are in the High Court in London seeking an order for a public inquiry into torture and killings by the British Army.

The court heard this morning of a litany of abuses in statements by torture survivors, the bereaved and witnesses to killings.

Outside of the court Public Interest Law solicitor Phil Shinner asked how the shooting dead of an 8-year-old girl playing outside her home posed a threat to the British Army. He said the list goes on and on.

For many citizens here in Ireland these killings and incidents of torture will represent a familiar pattern. Even more familiar will be the standard series of lies and cover-ups for the use of lethal force and shoot-to-kill including the continuing impunity to this day of those responsible. Added to injury is the grave sense of injustice and insult of sham and partial investigations.

It would be very easy to say that the failure to hold to account members of British state forces for abuse, torture, collusion and murder here in Ireland has contributed to what has happened in Iraq. And yes to an extent is certainly has created a culture of abuse beyond the actual overall policy objectives that permit abuse and exonerate the guilty if a light manages to expose what was going on. This is precisely what happens when abuse is part and parcel of policy.

But to solely contribute the failing in terms of a lack of accountability here would merely serve to insinuate that such repetitive systemic illegal actions was not an integral part of a wider governmental and military policy objective. Not the stock and trade of the tools of war, that has consistently existed within the British military and political establishments and unfortunately practiced here, in Iraq and no doubt currently in Afghanistan as they were elsewhere throughout the world.

These repetitive actions constitute serious systemic violations of international and humanitarian law. They may well constitute gross violations of a continuous nature in which peoples of many nationalities could seek remedy both within the domestic and international courts on the nature of how successive British governments have developed policies and deployed their armed forces to the detriment of humanity where they have set foot across the globe. It is clearly an indicative thematic issue that requires addressing beyond local jurisdictions.

From the Mau Mau in Kenya and the horrific mutilation inflicted on some of its people by the British Army as recently exposed, the experience here in Ireland, and now today Iraq, surely it is time for an international examination of these collective actions. For if they are not then who, when and where next?

In terms of Ireland and lessons learned surely it is time for an independent truth commission with a particular focus on these activities here by the British government and its armed forces that has as its focus a broader learning aimed at halting such abuses and horrors being visited elsewhere.