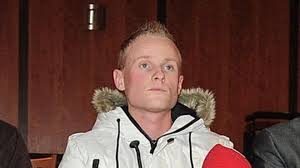 On August 2nd loyalist blogger Jamie Bryson, writing about NAMA and those he alleges are connected to the scandal, mentions former RUC Special Branch officer Alan Mains. He also linked Mains in his recent evidence to Stormont’s Finance Committee.

Mains, a former staff sergeant under the command of Chief Superintend Harry Breen and who gave evidence to the Smithwick’s Tribunal that examined the killings of Breen and his colleague Superintend Bob Buchannan, is alleged in the blog to have had links to a named MI5 operative.

Ian Hurst, a former intelligence officer who also gave evidence to Smithwick’s claimed that MI5 had prior knowledge of the attack and that it could have been prevented.

Evidence by Mains shows he was initially scheduled to travel with Breen on that day to Dundalk but instead ‘begged’ not to go as he had a ‘rugby game’. The rest is history as they say – or is it?

According to Bryson questions now hang over Mains, his decision not to travel with Breen that fateful day, and his relationship to the MI5 operative. The clear inference that Mains may have been tipped off not to go.

If true, this is possibly the most crucial piece of information yet to emerge and at the very least warrants further scrutiny in terms of the double killing.

Harry Breen was the visible face of the RUC when in May 1987 he addressed the world’s media following the joint RUC and SAS led ambush and assassination of 8 IRA Volunteers and one civilian at Loughgall, Co. Armagh.

It was recently announced that the inquest into the 9 killings at Loughgall was to be reopened following lengthy battles by the families.

Given the role of Harry Breen concerning Loughgall, and that Mains held a senior post within his command working closely with him, it would be prudent to consider Mains as a witness to the Loughgall inquest.

How plausible is this I hear you say?

Consider the inquest into the Shoot-to-Kill cases of November and December 1982.

These were reopened following the European Court ruling of May 2001 having been indefinitely suspended in the late 1980’s when then RUC chief Jack Herman refused to provide evidence following successful legal challenges by the families (McKerr, Burns & Toman) and their lawyer Pat Finucane.

After being reopened the coroner, John Leckey, later announced that after examining the evidence it was also necessary to reopen the IRA killing of 3 RUC officers in a landmine explosion in October 1982, Kinnaco, Co. Armagh.

That case also involved the role of MI5, the bugging of a hayshed alleged to have been an IRA ‘arms dump’ and that a landmine was allowed to be removed for the attack in order to protect an ‘informant’.

Strange how the truth has ways and means of emerging.

Evidence by Mains in respect to this particular issue is dealt with in the Tribunal report on pages 81/2.

The link to the Bryson blog;