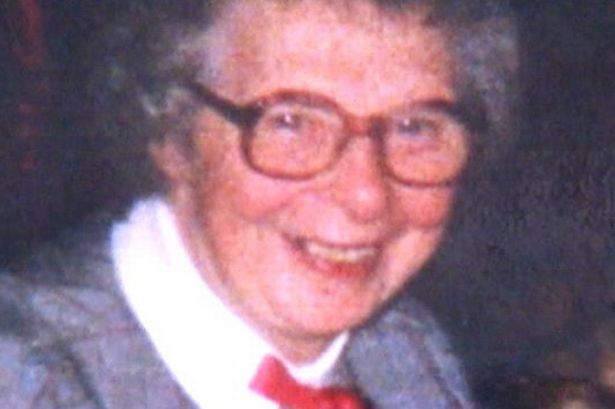 More than three and a half years – yes, three and a half years! – after the conclusion of all the evidence in the inquest into the murder of Roseanne Mallon, Sir Reginald Weir sat down in Nisi Prius court in Belfast city centre and declared he could find neither direct nor indirect evidence of collusion between the loyalist killers and any state agency in the case.

He had a rather sore throat and coughed regularly throughout, reaching for the glass of water at his side to help him through; reading out his findings for 50 minutes was a challenge for his larynx.

And listening to the verdict, one is tempted to say he might as well not have bothered.

He outlined a litany of issues of concern, missing interview notes, police journals, ID line-ups which never took place, fingerprint tests which weren’t carried out, British army surveillance videos which had been erased and logs which were not all available. He rehearsed shoddy communication, failure to share information, mysterious witnesses who can no longer be traced, a shadowy forensic unit staffed by incompetent personnel. He regretted many of the failings as unhelpful. He bemoaned the way in which Special Branch routinely failed to co-operate with murder inquiries.

But he refused – from this inventory of failures, mistakes, obstructions and malfunctions – to draw any inferences that will discommode former members of RUC Special Branch, current MI5 personnel and other state agents. He refused to draw conclusions from the British army, 6-man, 24 hour-a-day surveillance on (and situated 500 yards from) the property targeted in the attack on Roseanne. He avoided any allocation of blame for the wiping of video records and incomplete log records.

While noting that the seller of the car used in the attack said that he could identify the person to whom he had sold the car and would be prepared to participate in an ID parade, provided he was not visible to the suspect, Sir Reginald baldly states that the police never came back to him. There are, however, no conclusions to be drawn from that as to incompetence or more suspicious motives to make the Retired Police Officers Association sit uneasily at their breakfast.

The murder weapon and ammunition were part of a notorious consignment brought into the north of Ireland in circumstances where British security agencies were complicit. Widespread allegations of collusion in relation to these weapons is not thought worthy of mention by the Coroner.

While deploring the failure of Special Branch to provide relevant information to the murder investigation, he refused to be drawn on whether that investigation had been undermined or the perpetrators thereby protected. His tone was along the lines of: “I am simply unable to say.”

The immediate facts of the assassination are uncontested.

76-year-old Roseanne Mallon was gunned down in her sister’s house on the night of 8th May 1994. Loyalists drove to the house in rural east Tyrone, ran up the drive and round to the back where they opened fire through the living room window. Roseanne’s sister, Brigid, had been on the phone to her daughter who lives across the road. The daughter saw the car arrive and told her mother to get everyone safe. Brigid whispered to Roseanne that she should move out of the room and went back into the hallway. Roseanne was just getting up from the sofa, hindered by her arthritis, when the bullets came through the window, breaking up into fragments in their flight and causing multiple injuries to the head and limbs and, catastrophically, to the trunk.  Roseanne died at the scene.

These immediate facts are not in doubt. It is the wider questions concerning the shooting that are the cause of controversy.

Roseanne’s family is convinced that there was collusion in this case. The UVF attack was aimed at the family; Roseanne was an acceptable victim in a wider campaign aimed at republican families in general; targetting the more vulnerable members of those families was a way of terrorising the suspected republican activists in the family and the wider republican community in general. The pattern in this case is replicated in many other shootings carried out by loyalists across the north in circumstances where police officers have threatened that such attacks by loyalists would take place.

As information and wider evidence became available either by accident or through discovery by the courts, the family’s conviction that Roseanne was a casualty of wider collusion became clearer. The extensive undercover army surveillance on the family residence and engineering works was only revealed when the surveillance equipment was discovered overlooking the premises two months after the shooting. The information was not volunteered to the family nor even to the RUC team investigating the murder. Only during the course of the inquest did court orders then lead to the disclosure of partial video records and incident logs, which had not been shared with the murder investigation team by Special Branch.

Special Branch institutional control over this and many other killings was revealed only during the inquest hearings when the existence of an hitherto unknown forensic unit emerged. The Weapons and Explosives Research Centre (WERC) had privileged access to ballistics before the Forensic Science Laboratory. Whether the personnel in WERC were incompetent or dissimulating, their role inhibited the proper investigation of the murder and allowed more sand to be kicked into the eyes of those seeking to expose what really happened. WERC analysis was wildly inaccurate in respect of the previous history of the murder weapon.

The notorious Portadown loyalist, Billy Wright, was mentioned by Sir Reginald in respect of two deeply suspicious issues: the fact that his car is highly likely to have been in the vicinity of the Mallon home (a deeply rural area where passing through traffic is very unusual) in the days before the shooting; and that he was arrested while driving between Armagh and Portadown in the immediate aftermath of the shooting along with two other un-named suspects. These three men were held in Gough Barracks for three days and interviewed. The notes of these interviews were no longer available due to an asbestos scare in the building which had led to documents being destroyed. In respect of this, the coroner reserved perhaps his strongest comments wondering at the fact that the information had not been preserved safely rather than “allowing workmen to carry off sensitive confidential documents without recording the material”. However, rather than being able to add this to a litany of unusual or suspicious lacunae, once again Sir Reginald contented himself by describing the absence of these documents as “unhelpful” to the work of the inquest.

Most surprisingly, Sir Reginald failed to mention Billy Wright in relation to perhaps the most crucial issue; whether he was a paid agent of the state, as has been claimed by many, on many occasions. This was an issue which was addressed at considerable length during the inquest hearings. While police witnesses relied on their tired formula of neither confirming or denying whether particular individuals were paid state agents, the judge pointed out – rather robustly – that when a suspected informant (such as Billy Wright) is dead, their safety is no longer at risk and therefore exposing them is not prohibited.

Yet when it came to his findings overall, Sir Reginald followed the rules by saying nothing at all about Billy Wright and his status as a paid agent.

In all this, the coroner failed to define collusion; he simply said he could find none on the basis of the evidence before him.

Yet consider the following from the Smithwick Report into allegations of collusion between the IRA and members of An Garda Siochana:

“23.1.2 Collusive acts are, by their very nature, surreptitious. Absent a phone call or incriminating bank transfer, if collusion has occurred, the evidence of it will almost certainly be difficult to find…”

Notwithstanding these difficulties, Judge Smithwick nevertheless adopted (see p. 16) the following definition for the purposes of his inquiry:

“… The issue of collusion will be examined in the broadest sense of the word. While it generally means the commission of an act, I am of the view that it should also be considered in terms of an omission or failure to act. In the active sense, collusion has amongst its meanings to conspire, connive or collaborate. In addition I intend to examine whether anybody deliberately ignored a matter or turned a blind eye to it or have pretended ignorance or unawareness of something one ought morally, legally or officially to oppose”.

The Police Ombudsman also addressed the issue of collusion in some remarks in the Loughinisland report, at page 6:

“I am of the view that individual examples of neglect, incompetence and/or investigative failure are not (de facto) evidence of collusion.

“However, a consistent pattern of investigative failures may be considered as evidence of collusion depending on the context and specifics of each case. This is particularly the case when dealing with police informants, who were participating in crime.”

In the end, he also adopted the same working definition as Judge Smithwick.

When these considerations are borne in mind and applied to the pattern of the evidence at the inquest into Roseanne Mallon’s murder, it can be readily seen why her family are so angry. Withheld evidence, apparent incompetence, Special Branch obstruction, destruction of evidence, failure to carry out routine investigative actions, prolonged furtive surveillance, the suspected presence of paid informants: all these fit into the patterns set out by Judge Smithwick and Dr Michael Maguire. The collusion is self-evident.

At best, by emphasising that he could not make a finding of collusion based on the evidence in front of him, Sir Reginald may have been signalling that suspected collusion has still not been found. However, it was open to him to move the debate forward by inferring that the pattern of behaviour and coincidence before him was both suspicious and surreptitious.

In the end, like Pontius Pilate, he seemed to prefer to wash his hands of the matter.