Roseanne Mallon, a 76-year-old spinster, was one of more than 3,600 people killed during the Troubles. On Wednesday the Eames Bradley Report will include plans for dealing with the legacy of these deaths.

You might expect a 76-year-old woman being shot dead as she sat watching television at her home in the countryside to be a front-page story in the national newspapers. 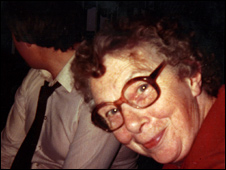 But this was Northern Ireland in May 1994.

The Troubles had been going on for 25 years and the London-based media was so jaded that yet another seemingly sectarian murder was no longer considered sufficiently newsworthy.

But Roseanne Mallon’s family have never forgotten her murder and they continue to press for justice for a woman described by neighbours as "a lovely person – she would not hurt a fly".

Ms Mallon’s nephew, Martin, says: "This was a old lady sitting watching television in her house."

The killers might be long dead – the loyalist bete noire Billy Wright, who was believed to have led the gunmen, was murdered in the Maze prison in 1997 – but the Mallon family want to know who had been "pulling their strings".

Mr Mallon believes the killing was part of a deliberate strategy by the British state, or a cabal of hard-liners within the security forces, to drive the IRA to the negotiating table.

He says: "This was part of an ongoing campaign. We want to find out what happened and why. We want justice."

He believes the government, or elements within the establishment, colluded with loyalist killers such as Wright – dubbed King Rat by the press during his bloodthirsty reign – to target people who were related to republican activists.

If there was such a strategy – and the government, police and Army all deny it – then it bore fruit three months after Roseanne Mallon’s death when the IRA declared its first ceasefire.

Mr Mallon’s suspicions were further fuelled by the discovery in a field overlooking her home in Killymoyle, County Tyrone, of British army cameras and other surveillance equipment.

Mr Mallon and his family have been trying to get to the bottom of his aunt’s murder for the past 14 years, but they are still waiting for a full inquest to be held.

The case is one of 29 so-called "legacy inquests" that are still awaiting a full hearing before a coroner.

Most of these cases involve allegations of collusion between the security forces and loyalist paramilitaries or the British army’s so-called "shoot-to-kill" policy, which claimed the lives of several IRA gunmen.

Mr Mallon says: "We have been to court 23 times to get an inquest, but we are still waiting."

They say they unearthed several Army documents that referred to the house in Killymoyle being under surveillance and even a report suggesting soldiers had heard gunshots but had been ordered not to intervene. 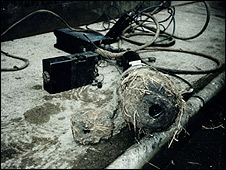 He says: "Hugh Orde [the chief constable] has stated that if there are any national security documents in these cases he will put public immunity certificates on them so their contents cannot be known."

Mr Mallon is convinced Wright and his men could not have found his aunt’s remote cottage in the Tyrone countryside, without help from the authorities and he remains convinced the Army turned a blind eye to the killing as part of its wider strategy.

"They knew that no matter how many IRA men they killed more volunteers would replace them so they started to kill relatives to apply pressure, using [loyalist] death squads," he says.

Three months after Ms Mallon was murdered the Provisional IRA declared its first ceasefire, beginning a process that would eventually lead to the Good Friday Agreement.

Mr Mallon is unconvinced the Eames Bradley Report will lead to all the facts about his aunt’s death emerging and believes the truth is simply too unpalatable for it to be widely known.