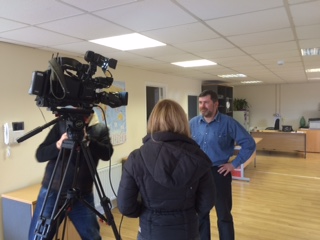 I listened to Nigel Dodds speaking on the BBC about ‘perpetrators’ and of how his party, the DUP, is seeking to change the definition of a victim to exclude non-State combatants. The hypocrisy knows no bounds with Willie McCrea’s more recent public pronouncements on the matter too.

In our society there was hurt inflicted by all sides – combatant ‘perpetrators’ on all sides – wrongdoing on all sides. Of course Nigel and Willie are only talking about one side; no matter how they want to spin it for the purposes of securing broader political support. In this context there is much to reflect on including government ministers who signed off on a raft of policies that violated human rights, not least torture and the hooded men.

Seeking to continue on a course of political aggression about the past without acknowledgement that perpetrators also wore uniforms and excluding only some of those harmed and hurt as a consequence of our conflict undermines the wider public interest of seeking proper resolution, genuine peace and real reconciliation. Ignoring the causes, nature and consequences of that same conflict is convenient. Ignoring that those who held political office and within State forces, and their agents, retain anonymity and impunity and therefore will fall outside of the remit of any proposed DUP bill is also politically convenient. It is disingenuous. This too questions a commitment to peace-building.

Is Christy Cummings who was seriously injured during the conflict to be excluded given he was a former republican prisoner? Christy was shot and paralysed as he held the door of the Glengannon Hotel shut whilst the LVF fired automatic gunfire seeking to gain entry to a teenage disco in order to commit mass murder. A 14-year old boy was shot and injured, as was another man. Seamus Dillon, also a former republican prisoner, was killed as he too held the door. In any other society Seamus would have been posthumously recognised for his courage and selfless sacrifice in saving countless lives, as did Christy too.

Christy is only one of numerous republican political prisoners who were targeted and injured. Are they too to be excluded whilst the collusion in these attacks is ignored?

Many republicans and loyalists were injured during the conflict. That conflict is over and requires accounting for from all sides in a restorative way. However, it would be wrong to exclude former non-State combatants from a possible future pension for the injured. Their involvement in the conflict has context and meaning beyond the singular act that injured them. The conflict was not of their making or their choosing. It oftentimes visited them. Many combatants also lost loved ones and the understanding of such complexity can easily be brushed away in the heat of emotions stirred by some politicians and others when leadership is required. There are many challenges on these issues including the right to every community to also remember and commemorate their dead with dignity and respect.

There is a pretense around the morality of the conflict masking a political agenda aimed at riding as many different horses as the situation requires when the reality is that unionists share power in a government that includes combatants from all sides.

Instead of getting on with the business of ensuring that resources, support and services are delivered directly to those most in need political unionism seeks to play the politics of distraction, feeding the lowest common denominator of a few, whilst doing the very opposite everyday in the devolved institutions of government.

This does very little for the real needs of victims and survivors and most certainly could be seen as being duplicitous, exploitative of that few not to mention further damaging in terms of re-traumatising.

The vast majority of the citizens of the island of Ireland endorsed the 1998 political agreement moving us beyond conflict and into a new era of hope. That agreement, including subsequent agreements, signaled that conflict had ended. There were no winners of a political conflict that engulfed our entire society – not least leaving thousands bereaved, injured and imprisoned.

We now need to decide whether or not we move on positively and constructively building for the future rather than seeking a process of negative blame and recrimination about the past in a manner that really serves no interests in the long-term, especially those most hurt, harmed and vulnerable. Such an approach only serves short-term political interests that fosters long-term division contrary to the political agreements overall that seek resolution of issues with inclusion not exclusion – equality rather than inequality – hope rather than despair – reconciliation rather than division.

There are plenty of professed Christians in politics. But too often, we see political leadership that claims to view politics and policies through the prism of Christianity while rarely displaying any Christian values of understanding, forgiveness, compassion, generosity, reconciliation. It’s at the very least, a bleak view of Christianity; at times it appears to me to be the very opposite of Christian values.

We now have within the Stormont House Agreement a potential model to constructively address and account for the past from all sides. The vast majority of those injured and bereaved, in our view, welcome this latest agreement and desperately want it to work. They have most invested in it not least their hopes and aspirations including that no future generations are held hostage to the failure to address the past. For the overwhelming majority of families we work with they wish society to move forward together and for the negative politicking on these issues to cease. We believe that this is true for many other families too.

For those of us seeking to rebuild our society and move beyond conflict leaving people behind is not an option.

This is precisely why the DUP’s approach is wrong and should rightly be rejected.