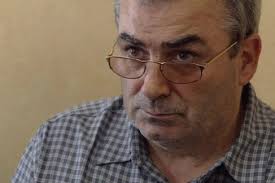 “Relatives for Justice have been supporting a number of families whose loved ones were involved in the republican movement and who were alleged to have been working for the RUC/military intelligence and who were subsequently killed. Some of these people were active state informants, some were not.

“Last night’s programme will undoubtedly impact on many families who have yet to break their silence.

“All of these families deserve answers and accountability from all involved. This includes the Republican Movement and the British Government. Yet again a significant programme regarding our difficult past and the policy of collusion is screened and yet again the Secretary of State is not being questioned on the airwaves, either directly or indirectly.

“The practiced policy of coercion, blackmail and threats in interrogation centres with people who at their lowest point were completely vulnerable was commonplace. The example in last night’s Spotlight programme in which threats to a young single mother, Caroline Mooreland, of 25 years imprisonment and children being taken into care provides an insight into this policy.

“Oftentimes this occurred without any consideration for those individuals’ human rights, people who under very obvious pressures agreed to work for Special Branch and the various intelligence agencies.

“In many instances they became pawns in a wider game of the State’s counter-insurgency strategy, ultimately being sacrificed.

“In some very calculated instances people were recruited purely for the purpose of protecting other agents in the full knowledge that they would be leaving interrogation centers facing certain interrogation and death elsewhere; interrogations and death sentences conducted by the State’s key agent Freddie Scappaticci.

“It was totally wrong. The State had a legal duty to protect life, to prevent killings, not to engage in practices that would inevitably take life. Those who implemented this policy were themselves granted immunity and impunity. There are significant questions for Freddie Scappaticci’s handlers and the commanders of Force Research Unit.

“This was amply demonstrated when Lord Stevens recommended the prosecution of 25 members of the Special Branch and intelligence services after finding widespread and systemic collusion with agent handlers.

“The notion that the practice of collusion – the recruiting of agents involved in murder – was about protecting lives is total nonsense.

“The State; Chief Constables; military generals; and establishment politicians have regularly made these claims when faced with criticisms in order to defend the policy and deflect criticisms. However, when examined this never stands up to scrutiny. One key example is the trial of Brian Nelson in which the head of the Force Research Unit (FRU), which handled and run Nelson and other agents, claimed in a mitigation plea on behalf of Nelson that he ‘saved hundreds of lives’ was later disproved. It was later proved that Nelson was procuring murders under the direction of the FRU.

“The families affected by this policy of infiltration, collusion and death deserve accountability from all involved. Up until now culpability for these deaths has rested solely with the IRA while those ultimately responsible have avoided accountability.

“Relatives for Justice is there to support families affected by all actions during the conflict. We offer a totally confidential professional support programme and all enquiries are treated in upmost confidence. Our phone number is 028 90627171.”