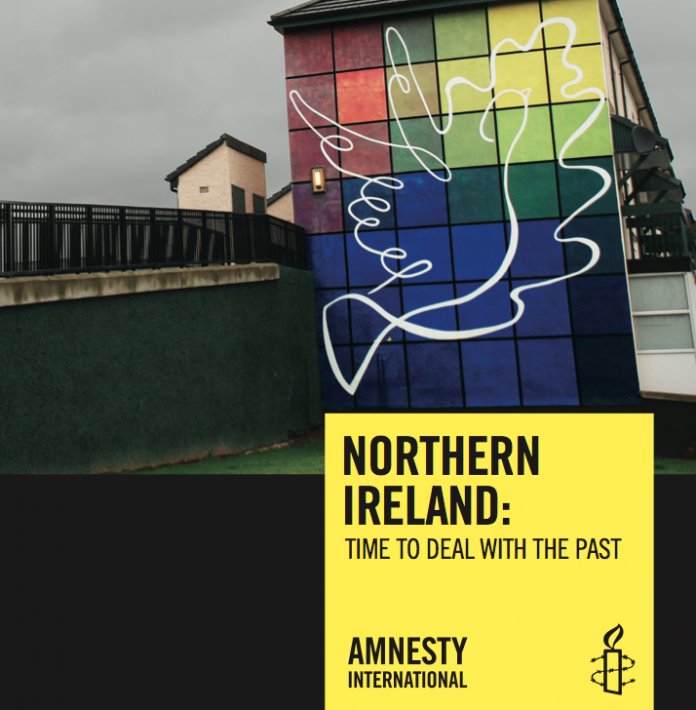 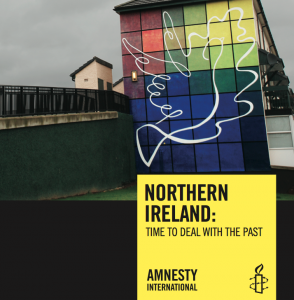 Amnesty International came last year to speak with all those concerned with addressing abuses of the past. Today they launch their findings. Their report states that

1. the piecemeal approach to investigations adopted in Northern Ireland is too diffuse and too incomplete to provide a comprehensive picture of all the violations and abuses that occurred during the decades of political violence. Inherent limitations within the mechanisms, and their discrete, individualized nature, have meant that much of the truth remains hidden while those in positions of responsibility have remained shielded. It has also contributed to a failure to develop a shared public understanding and recognition of the abuses committed by all sides.

2. In the light of these shortcomings, the third part of the report, highlights the need for investigations that will effectively examine:

– all human rights violations and abuses, including those resulting in serious injury and cases of torture and other ill-treatment carried out by both state and non-state actors;

– patterns of abuse by armed groups and violations by the state and the examination of systemic issues that arise;

– the role and actions of particular state institutions such as the prosecution authorities, the civil service, and the government during the conflict, as well as the knowledge and responsibility of those in high-level positions of authority;

– state policy or state-sanctioned practices and whether they deliberately or indirectly gave rise to unlawful conduct; as well as the institutional culture of the security forces or other governmental apparatus or agencies and whether it fostered the perpetration of human rights violations and abuses and a climate of impunity;

– the degree and level of collusion between the state and armed groups;

– the institutional culture of the armed groups, their policies and practises, and the knowledge of and responsibility for human rights abuses of those in high-level positions of authority in those groups.