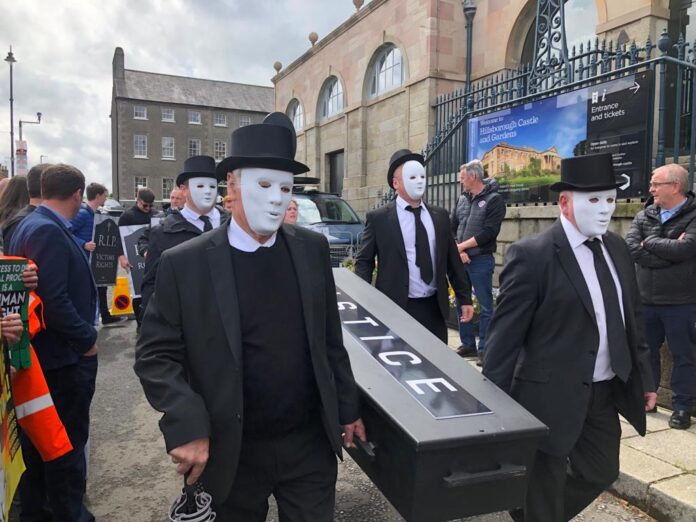 Mark Thompson, CEO of Relatives for Justice has responded to the introduction of a Bill on Legacy in the House of Commons today:

“Let’s be clear – there are no investigations whatsoever in this Bill despite the words ‘investigation’ being used in media briefings by the NIO. This is disingenuous and a ruse by the British government to placate concerns and criticisms.

“Under international law there must be full criminal investigations where accountability is delivered. This Bill does the very opposite.

“We need to remember that this is the very same Tory government that fought families in the courts to prevent disclosure and discovery of information including locking down files for 100 years in some cases.

“And now they are locking down the courts and have the audacity to tell victims the process they propose will deliver and is in society’s best interest. The only interests served are those of the British establishment.

“This is a unilateral move away from the Stormont House Agreement and all legal obligations. It ignores the role of the Irish government and the executive parties.

“No matter what way this Bill is dressed up it still equates to a blanket amnesty.

“It is anti-rule of law, anti-justice, anti-democratic and anti-Good Friday Agreement.