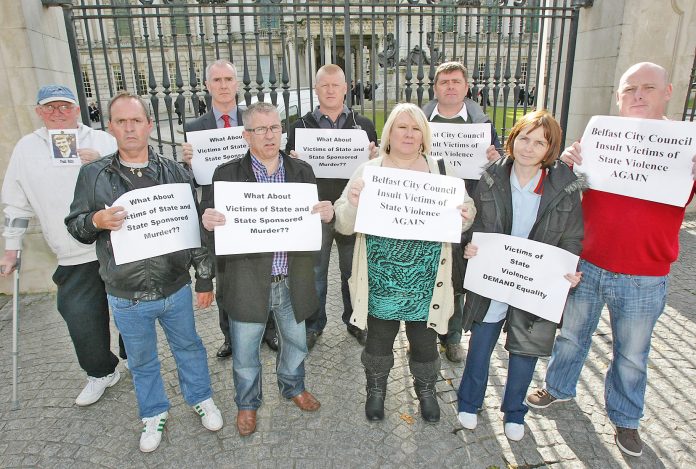 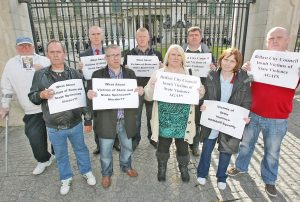 Belfast City Council’s plans to erect a memorial to those who carried out Operation Banner is another insult from this council to many of the citizens of Belfast bereaved and injured by the British state and its agents.
Relatives for Justice learned last night of the “consultation” by Belfast City Council to find the most appropriate “memorial to the Service men and women who helped maintain peace and law and order during the duration of Operation Banner”.
For many citizens of Belfast – in all its four corners – Operation Banner means the opposite of law and order and certainly not the maintaining of peace. For these citizens Operation Banner means Murder; Grievous injury; Internment; Torture and Collusion with loyalism.
All with the cloak of impunity.
These citizens not only live with the terrible trauma of what was inflicted on them. They also live without justice or even acknowledgment. They are treated as if they are invisible and undeserving of recognition. This initiative compounds this double hurt.
In 2008 when the Royal Irish Regiment held a deeply contested march through Belfast city centre the then mayor Naomi Long and officials from the Council’s Good Relations Unit made a commitment to the families of those killed and injured in state and state sponsored actions to begin a process of acknowledgement for those citizens of Belfast who live with the terrible effects of the actions of the British army. An experience which the Council has not recognised in any way, while at the same time it promotes the experience of those who served in the British armed forces. These families marched that year peacefully and with dignity while vilified and taunted. These families have yet to see that promise realised.
Belfast City Council will once again disenfranchise these citizens if this memorial is erected. It will once again exacerbate the trauma of the bereaved and injured of state and state sponsored violence. It will once again say to those families and individuals that this city that this is not a city of equals.