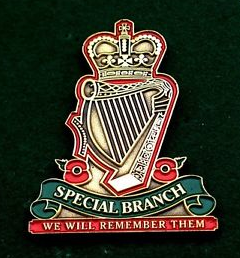 The end of 2014 will hopefully conclude the hand over of all material concerning the shoot-to-kill incidents of late 1982 that claimed 6 lives in three separate incidents by the RUC.  That’s what lawyers representing the PSNI, intelligence services and British government told the inquest in Belfast this morning.

Coroner John Leckey told the inquest that he was conscious that it was 25-years since the inquest was first opened and that too much time had passed and that the process of disclosures needed to be completed – a silver anniversary was how he also put it. Previously Leckey expressed that families were aging and that there was unacceptable delays. He further said he was minded to call the Chief Constable and Justice Minister to court to explain themselves.

That the material necessary to conduct the inquest has not yet been provided is simply not good enough or at all acceptable to say the least. Maybe the Policing Board and Justice Committee could possibly raise the matter with Matt Baggott and David Ford.

And yesterday the Justice Committee heard from the DUP that they would block any proposals to provide the Police Ombudsman with powers to compel retired officers.

The DUP’s Paul Given said; “I want to put on record that I met David Ford, along with Peter Robinson, and we discussed this recommendation.  Let there be no doubt that this is a redline issue for the Democratic Unionist Party.  We will not allow this to become law.  If the Minister of Justice puts forward any proposal to legally compel retired officers, we will use our veto and we will block it.  It will not happen.”

Strange that from a party that seeks to lecture, moralise and pontificate on democracy, the rule of law, justice and the rights of victims – well some victims.

Equally bewildering are those former police officers that spent their entire careers asking the public to cooperate with inquiries into killings and who now refuse to assist the Ombudsman and other forums tasked with examining these same killings. Strange that too or maybe not if the intention was never to solve them in the first instance.

On the subject it is interesting to note that Retired Police Officer Association (RPOA) have now removed from their website advices to former officers who have to give evidence at inquests and other compulsory court settings.

So from the shoot-to-kill inquests, that have still to get full disclosures never mind begin to examine witnesses, it was then into the Roseanne Mallon inquest.

Readers will know that the once public darling of television screens former RUC Det. Chief Supt. Eric Anderson is unable to give evidence to this particular inquest as he is sick, though not as sick as he was when UTV secretly filmed him trying to sell RUC files on the disappearance of Arlene Arkinson to journalists several years back.

Anyway one of his detectives, DC Moorhead, instead gave evidence but as he didn’t actually write the report into the two secreted cameras found after the UVF murder he couldn’t possibly answer very much at all. It was Anderson who wrote the report.

So as not to confuse – after the murder and then the discovery of covert cameras that where in place along with undercover soldiers – Eric Anderson was appointed to retrieve the cameras – after all they were worth almost £20K.

After getting back the cameras and looking at the tapes there was nothing that could have captured the killing, as the cameras didn’t have a view of the home. So that’s that then.

Well it might be in the world according to Anderson & Co who was appointed by the regional head for Special Branch Frank Murray. Murray had requested the covert operation from TCG and had overall charge of it.

And we know that no one could enter the driveway of the home or the road leading to and from it without being detected by the cameras – and that’s the ones we only know about.

Lawyers representing the Mallon family asked Moorhead if Anderson, remember he is sick and unable to give evidence, was ever a member of the Special Branch. Now Moorhead, a colleague of Anderson’s from the North West that part of the RUC that was independent said he couldn’t answer that question.

Moorhead also told the court that the procedure was that he and Anderson would receive tapes and logs from the covert operation from the Special Branch and then they would then view that material. This is essentially how they then formed their view and from which their report was produced – a report that said there was no collusion. A report based upon edited tapes they received.

Asked whether or not they had passed on any information from the tapes to the DCI McFarland who was separately heading up the murder investigation Moorhead said that he couldn’t remember but that it would be logical to do so.

The court was reminded that McFarland had earlier said he was dissatisfied that he didn’t have access to the tapes at the time of the murder and wasn’t told about the covert operation.

Anderson would then decide what edits of the edits McFarland would then get – eventually.

Then lawyers for the Mallon family produced a list of 19 car registrations from a separate military log that didn’t appear at all in the edits of the edits of material provided to McFarland, who was heading up the murder investigation. Bit of an oversight but then when you have so much material to destroy and can’t remember what you said you destroyed and kept – secretly – mistakes can often be made. Of course Moorhead couldn’t answer for that – it’s above his pay-grade as it was put.

Handwritten notes related to the Anderson report were read out to the court which said that some registrations of vehicles required further research with the Special Branch head Frank Murray. Again Moorhead couldn’t answer that one too, even though some of the handwriting was his.

On further discussion the court was also reminded that not only had tapes been destroyed but military logs with written entries of the details of vehicles including on the day of the actual attack and murder of Roseanne were also destroyed. Strange that too.

Casting our minds back two cars were reported containing several men acting suspiciously on the afternoon of May 8th – Roseanne killed that evening at 11.50pm.

One of those cars was later found burnt out and confirmed as the car used in the attack and the other stopped shortly after the attack, its three occupants throwing from the vehicle gloves and balaclavas. But hey they were ‘ruled out’ of the murder investigation.

And we must remember that tapes recordings of the day of the shooting were lifted by a member of Special Branch outside of the normal procedure according to the evidence of the soldier appointed as liaison by British Army NIHQ. Maybe he also took the logs of written entries.