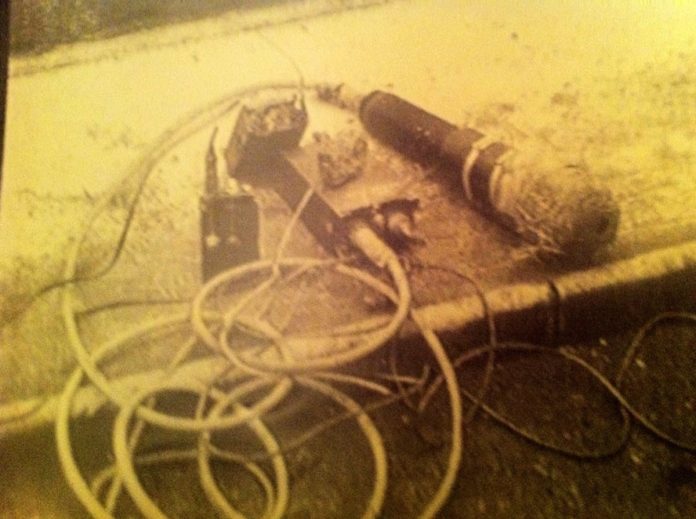 TCG also comprised of governmental representatives of the direct rule administration the NIO.

At last week’s inquest into the UVF murder of 76-year old Rosanne Mallon, on May 8th 1994, it was disclosed that TCG deployed the covert operation in place at the Mallon home when she was murdered, and that this was overseen by RUC Special Branch.

This presumably also had the sanction of the then British Secretary of State for the North, Sir Patrick Mayhew.

The covert operation around the Mallon home involved three regiments of the BA – the Royal Anglicans, Kings Own Scottish, and the Parachute Regiment. It also involved unspecified units of the British Army. Lawyers for the Mallon family were not permitted to ask directly which unit a soldier, who was giving evidence from behind a screen, belonged to. The court was adjourned when lawyers began that particular line of questioning.

Another soldier, Sergeant Deegan, said he was a ‘liaison officer attached to BA Head Quarters NI’ (HQNI). He was based at Mahon Barracks, Armagh, and was responsible for taking all recordings, writing reports of all communications and then passing these onto RUC Special Branch. He had been in charge of the installation of one of the cameras.

Several cameras were positioned around the Mallon home and adjacent business. Giving evidence to the inquest Deegan said he could only comment on the ability of the camera he was responsible for and not the other ones. He claimed that this camera did not have sight of the actual home.

It was further claimed that the camera did not function after daylight. The camera was of a value of just under £20K. It was one of two cameras accidentally found after the killing.

However, Deegan’s account is not entirely an accurate reflection of what was visible. The pan and tilt of the camera, from material seen by the family and RFJ, clearly shows sight of the road leading to and from the home.

Another camera recording clearly shows the driveway entrance to the Mallon home where Roseanne was killed; vehicles belonging to the family and friends; and people, including children, coming and going.

In essence no one could approach the home without being observed from covert cameras. Cameras also covered the largely isolated laneway that is the Cullenramer Rd, where the attack took place. So no vehicle could enter or leave the area undetected.

The area was also in military lockdown with a three-mile radius and an out of bounds restriction order prohibiting the presence of ordinary uniformed patrols.

On the afternoon of May 8th 1994 family members noted a suspicious green Datsun/Nissan Stanza car, and a red Ford Sierra car containing men, which were reported to the RUC. These would have clearly been within the line of sight and recorded that afternoon. The family had been vigilant after death threats by Special Branch.

Later that evening a car drew up outside the home and gunmen entered along the side driveway of the home, through the ‘observation’ line of sight on foot firing and killing Roseanne and injuring her sister in law Bridget Mallon.

On hearing the gunfire the soldiers in the covert dugout immediately reported the attack and were told ‘not to react’ by their command, which received transmitted footage from the surveillance operation. Why was an order given not to react when it would have taken the RUC at least 20 minutes to respond?

We are also told that the cameras were earlier switched off.

Shortly after the attack a red Ford Sierra car was stopped near the Moira roundabout by a regular police patrol whose occupants when spotted disposed of gloves and balaclavas from the car.

However, the inquest was also told that all three were released without charge and that they were ‘ruled out’ of police inquiries.

The question is why?

Would these have included recordings of the suspicious cars and occupants?

And where are these recordings now and why were the vast bulk of the recordings destroyed?

One of the cars used by the UVF during the attack was later discovered burnt out nearby. It was confirmed that this was a green Datsun/Nissan Stanza.

The murder weapon was also discovered nearby. It was a VZ 58 replica of the AK 47 assault rifle, one of hundreds imported into the country by MI5 agents and distributed to loyalists.

Almost 20-years on and there is still uncertainty about the ballistic history of the murder weapon – the RUC and PSNI saying it had no previous use and now the inquest being told that ballistic testing is still not concluded. That is after someone within or previously connected to the HET reported this when they heard news that the inquest had started.

So are we really to believe that such a sophisticated surveillance operation involving huge resources, personnel, and authorised at the highest level did not have the ability to record and monitor after daylight?

This is at odds with plain logic.

If the State, and let’s be honest here, the intelligence services, felt the need to put in place such an operation  – spying – surely they didn’t think they only needed daylight capability.

None of what they are claiming adds up– especially when we regularly read of former soldiers writing – boasting – of what they could do and see at night time.

Claims that they had in place a covert surveillance operation spanning months yet couldn’t conduct surveillance after daylight contrasts with other covert operations sanctioned by TCG – especially shoot-to-kill.

And of course there’s always going to be clear daylight between what they claim and actual reality as after all the people that sanctioned the covert operation also made the death threats and supplied the murder weapon.

It is not a case black ops blacked out everything – They are fooling no one. Black Ops time for truth