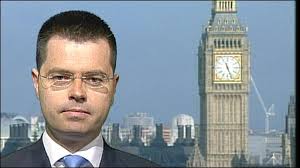 Since taking up office James Brokenshire and the NIO have deliberately fostered an environment in which the victims of British state violence have been insulted, vilified and their experiences diminished.

These now regular assaults have added insult to injury as families simply seek truth and accountability; decades after their loved ones were gunned down. Two decades after a peace process and the UK government is still intent on denying investigative and inquisitorial accountability for the use of lethal force, summary executions and shoot-to-kill.

The denial of funding for legacy inquests, the regular assault on the Police Ombudsman, and more lately assaults on the judiciary and Director of Public Prosecutions appear to frame the NIO inspired campaign. It is a campaign that is factually inaccurate.

In December a number of UK papers ran a series of disgraceful headline articles vilifying three Belfast law firms representing, among their diverse client base, the bereaved of state violence. One headline carried pictures of three prominent lawyers, details of where they lived, and included in an additional online section comments from a person stating ‘…these lawyers should be shot like the scum they represent…’ The paper in question refused to remove the comments.

Despite being fully aware of the circumstances in which lawyers were murdered during the conflict James Brokenshire refused to condemn the articles. That the articles started to appear post a speech by James Brokenshire in Parliament (Dec 7th 2016) on legacy about ‘balance’ and ‘proportion’ prompting comments such as the ‘unfair treatment of soldiers’ could suggest some form of choreography that continues today in the Telegraph on Sunday.

Mr. Brokenshire’s statistical claims on culpability for conflict deaths and conflict ‘investigations’ are factually inaccurate. They are baseless. His claims, echoed by other politicians, were such that in an unprecedented move both the Lord Chief Justice and Director for Public Prosecutions went public in refuting them.

There has been no contextual understanding of the issues of impunity that accompanied the overwhelming 367 direct state killings by the British army, UDR and RUC; the majority of whom were unarmed civilians including women and over 60 children or the fact that around 90 percent of those killed were Catholics underlining the sectarian nature of that campaign of violence. Several hundred people were seriously injured too and they live with the daily scars, physically and psychologically.

Of those combatants killed many were unarmed yet no effort was made to affect safe and secure arrest under the rule of law. In other incidents an abundance of resources were deployed in pre-planned, pre-meditated ambushes rather than preventative actions that would have involved less resources and avoided the loss of life. Decisions to deploy ambushes were political and taken at the highest level of government.

Perhaps this explains the NIO policy position on legacy and the need to distract through false and misleading statistics.

In a speech delivered on February 11th 2016 Theresa Villiers accused families, NGOs and lawyers claim of collusion as representing a ‘pernicious counter-narrative.’ She referenced Loughinisland. The Ombudsman’s report into that atrocity is clear for all to see. Distraction, denial and delay are at the core of the NIO agenda.

The greatest percentage of conflict related killings that remain to be resolved are state killings. Yet despite the deliberate obstacles, the generosity of these families was exemplified last week when Mary Thornton, Willie Loughran and Tina Barrett spoke to the media about their need for truth and accountability.

RFJ will to continue to stand up for and represent the views of those affected by state violence in the face of deliberately provocative commentary and distortion of the facts.  And we will continue to support and advocate on behalf of the families affected by loyalists and republicans that seek our help.

We continue to advocate for a process that addresses the past for ALL victims and we have never sought to, or would ever, attack the victims of other participants to the conflict in the way those bereaved by the state are regularly subjected to. This is unacceptable behaviour and should be addressed by wider civic society too.

Instead of focusing on mechanisms of accountability and resolution for the bereaved James Brokenshire, like Theresa Villiers, seeks to peddle ‘alternative facts’ whilst presenting those responsible for these killings as somehow being victims, and on occasion heroes. That is grossly offensive and continues to rub salt into open wounds that require the very opposite – healing – and only the truth and accountability will achieve these outcomes.

Until the British government stops insulting the relatives of those they killed and begins a process of addressing the legacy of their involvement in the conflict then there should be no civic spaces of welcome for them – especially at GAA games. Instead they need to be challenged.

There needs to be a clear and unambiguous message that adopts a zero tolerance of the current behaviour of the UK’s unelected representative to the North.

Reconciliation, understanding, and healing the hurts and divisions in our society are crucially important. However, equally as crucial is the requirement to address the past, which is a perquisite to successfully achieving the above. And this is a two way process and thus far we have not seen anything from the British government except that of defending the indefensible and adding insult to injury. Denying bereaved families the right to know – investigations and inquests – is not the way forward.

James Brokenshire’s relentless public attacks on families we work with, and the deliberate distortion of figures, will only serve to harden the resolve of families to ensure accountability. Mr. Brokenshire could do well to learn from the dignity, integrity, and humility, of those families that his government forces bereaved. He could start by apologizing for his crassness and recognizing their experiences instead of defending the killers.