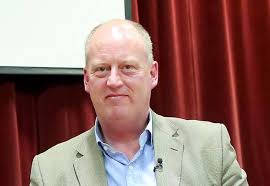 Mark Thompson, Director for Relatives for Justice, made the following comments to the Irish News in response to the speech on Dealing with the Past delivered by new Chief Constable George Hamilton in Oxford this weekend.

“The Chief Constable’s speech is a step change in regards to the issue of, and responsibility for dealing with, the past and its central importance to society more generally in terms of stability to the political institutions and peace. Importantly it also recognises the needs of many of those bereaved and injured.
“The speech recognises fundamentally that this responsibility also rests with both governments and the international community as well as local parties and we welcome that. Indeed we would be far further along the road if the same type of leadership in terms of addressing this issue were to be shown by Theresa Villiers, her government and other political leaders.
“Relatives for Justice believe that the PSNI should not be be tasked with dealing with the past, much in the same way we have always said that the HET could not address the past, because of the inherent lack of independence. Importantly the Chief Constable did not defend the HET. Rather he defended the concept idea. The HET needs to go.
“In that context the Chief Constable’s speech moves the debate forward and onto new ground where other leaders must also step and where unselfish and challenging conversations take place.
“In essence it is our view that this speech is a call for the implementation of an Eames/Bradley – Haass/O’Sullivan independent type solution.”ENDS
The speech in its entirety can be found by clicking this link PSNI Chief Constable George Hamilton speech in Oxford in Dealing with the Past