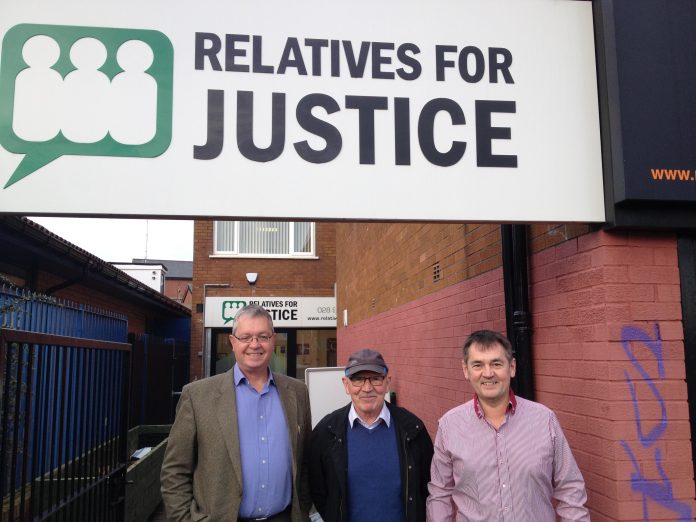 Deputy Chief Constable Drew Harris finally took the stand in the Shoot to Kill inquests today. His appearance took much longer to happen than expected when he was called to give evidence by the Coroner John Leckey. This was a fitting parallel of the disclosure process ordered by the Coroner so that the inquest could have sight of the infamous Stalker/Sampson investigation material behind the killing by RUC officers of six men in 1982. As head of intelligence policing, DCC Harris has been the man presiding over the excruciatingly slow handover process. (He was also the man in charge when the Police Ombudsman was being refused co-operation and documentation.)

In respect of the development of the system that screens and redacts material, a consultant was recruited by an external recruitment agency. This Public Interest Immunity (PII) consultant was (surprise, surprise) a former Special Branch Officer with the RUC. His advice led to the establishment of a Disclosure Unit run by a Disclosure Manager; this full-time position was, the court was assured,  an open recruitment exercise. The successful applicant was (surprise surprise) the former PII consultant: with an annual salary of £45,000 – £52,000. The job was advertised publicly, though DCC Harris could not remember in what outlets. According to the advertisement, the job required neither qualifications nor minimum experience; furthermore the job description seemed remarkably thin. However, the court was assured that all disclosure supervised by this individual and his team is done with a view to maximum possible transparency.

DCC Harris explained the disclosure structure in the Legacy Support Unit. There are 4 Disclosure officers and the Disclosure Manager. Two officers and the Manager are former RUC Special Branch. They redact material in respect of right to life, life to privacy and PII issues despite having received no formal training in PII. Neither training nor guidance in conflict of interest issues has been provided. This may be why there are 83 connections between the 3 former Special Branch staff and officers who are witnesses in these inquests. Nevertheless, ACC Harris has not considered these matters as an issue that may affect public confidence.

As to why former RUC Special Branch were valuable for these roles, DCC Harris pointed out that there are now very few PSNI officers who would have been in RUC Special Branch. Given that the Shoot to Kill incidents were 32 years ago, there is a lot of lost experience in an area that is both highly complex and sensetive. In effect, DCC Harris told the hearing the PSNI has to “buy in the corporate memory” of RUC Special Branch.

And there we were thinking that the whole point of the Patten Commission process was the requirement to buy out that corporate memory in order to win back public confidence and get rid of a corrupt “force within a force”.

In a final twist, the DCC was asked why the material had not been prepared for likely disclosure to the inquest. In response, DCC Harris said it was better to wait for the court order as the police “didn’t want to be seen to be managing or manipulating the material due to its controversial nature”. It’s good to see that irony can still be found in this long sorry tale.

The hearing is adjourned for further questioning of DCC Harris in early November.