The Smithwick Tribunal, the inquiry set up by the Irish government into the killing of two RUC officers in South Armagh in 1989 by the IRA on their way back from a meeting with the Garda in Dundalk, heard today from a former RUC Assistant Constable, giving evidence from behind a screen, that the two policemen were ordered not to travel to Dundalk. However, this was contradicted in that the wife of one of the officers has said that on the day in question that her husband was not at work but rather was on leave. This is further confirmed in his work timetable. The family also added that they were ordered to go to Dundalk and were always security conscious and thus that any such order would have been welcomed given the dangers.

Earlier in the week it was revealed that three senior IRA members, including the IRA Commander who oversaw the operation, had met with the Tribunal and cooperated fully answering a range of questions.

It was also revealed that the British authorities have so far refused to provide key documents and evidence concerning the attack. 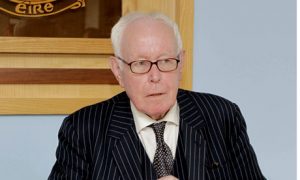