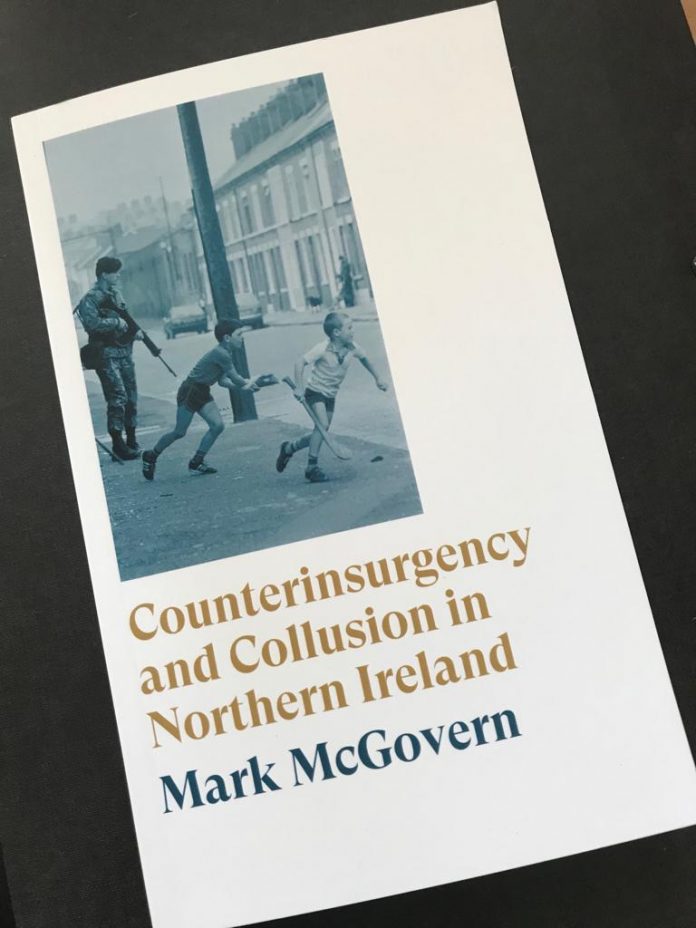 Professor Mark McGovern, Edgehill University and RFJ CEO Mark Thompson will be speaking at a series of book launches of the new seminal work on the British state policy of collusion “Counterinsurgency and Collusion” in the United States over the first two weeks of June.

This seminal book traces the policy of collusion and state violence as experienced in mid-Ulster area from the landing of a shipment of weapons from South Africa in 1987, overseen by MI5 and the British army and distributed to loyalism paramilitary groups, through to the ceasefires in 1994.

Following sell out book launches in Belfast and Dungannon the Irish diaspora and in particular our friends in the Ancient Order of Hibernians, in the United States have thus far organised the following events:

Washington DC The two travel for a series of key Congressional briefings on Wednesday June 4th and Thursday June 5th. Malachy McAllister’s case will also be highlighted during these briefings.