Clara Reilly’s statement on the Downing Street Debacle this lunchtime outlines the necessary steps that must be taken by the Irish Government to hold their British counterparts to account on their disgraceful treatment of the family of Pat Finucane.

It is measured and sensible in approach. It cannot convey the deep hurt and anger that today’s news has caused.

It is completely understandable that Pat Finucane’s wife Geraldine could barely speak with incandescence outside Downing Street. She showed calm and dignity having been treated with such contempt. Although she would have been excused the opposite.

This British Prime Minister is now part of the cover up- complicit in a Tory policy of collusion which cliamed the lives of hundreds. This is deeply worrying.

The British government gave a commitment at Weston Park – 10 years ago – to hold an independent public inquiry into this murder – that is negotiated and agreed and must be honored.

For all other victims of collusion who were not included in Weston Park it is clear that only a truly independent investigative truth recovery process has a hope at getting at the truth of this policy, deliver to its victims and ensure that it can never happen again. 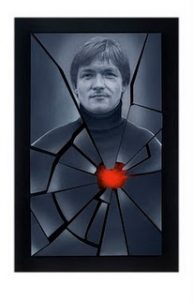 UN Special Rapporteur releases report on Dealing with the Past in...

Albany and a Míle Buíochas