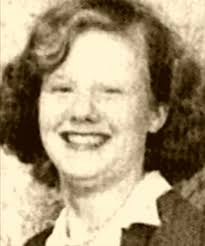 We are happy to share the thoughts of Gerard Meehan son of Maura Meehan who was killed with her sister Dorothy Maguire by the British army in 1971.

“To Whom it Concerns,

“We have been promised a full investigation by RUC/PSNI,HET/HIU/MOD/European court of human rights/MEPs/Politicians in Ireland, England and the US, however we get nothing but excuses one on top of the other.

“After 45 years of disrespect in the failure to address the death of my 30 year old mother and her 19 year old sister and total refusal to release investigation files due to national security, as it is “sensitive material” and “not in the public interest to know”, the experience is inhumane, obstructs and perverts the course of justice and is tantamount to torture for the children left without the love and guidance a mother can give.

“The repercussions of this event has torn our family apart and has had severe effects on my health and well being.

“I can say the same for my orphaned siblings as well. We ask only for closure to free us from the stigma brought on by newspaper and media reports that demonizes innocents and wish to be free from the public scrutiny fake news achieves.

“I know the truth already. I believe until an official verdict is reached we are damned to our graves without justice or peace.”