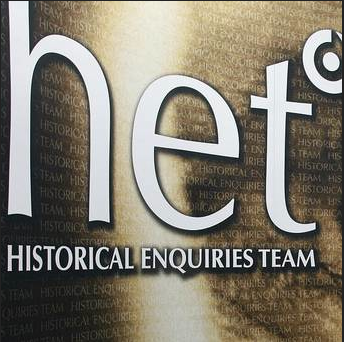 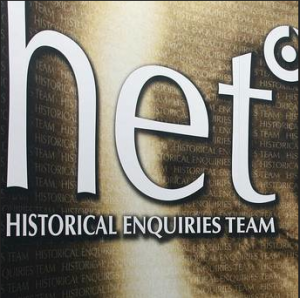 Ever since Her Majesty’s Inspectorate of Constabularies (HMIC) damning report into the PSNI’s Historical Enquiries Team (HET) there has been speculation about the future of the leadership of the HET – even though the HET has always been under the command and control of ACC Drew Harris and the Chief Constable.

Of course seeking to change the leadership and reframe the institution once it is exposed is nothing new – the B Specials, the UDR, the RUC etc… need we say more?

It is also a red herring in someway suggesting that the systemic problems that permeated the HET had nothing at all to do with the PSNI bosses. Oh of course they are actually independent you know!

Under pressure from several quarters, including from the Policing Board, PSNI Chief Matt Baggott in a bid to salvage the PSNI’s HET operation offered up its Director, Dave cox. A move welcomed by most. Thankfully not everyone was fooled.

From the outset Relatives for Justice have maintained that the problem with the HET is that the political policemen of the PSNI have been firmly in the driving seat. Removing Cox and other senior officers misses entirely the issue as the problem is ingrained in the overarching architecture of both the HET and the PSNI – a place where the word independence doesn’t exist at all and where the framework enables the vested interest to be protected with checks and balances that prevent the truth from emerging about State actions.

Today the PSNI announced that one of its senior officers, Jason Murphy, is to now take over – oh and he’s not a former RUC officer you know – ah well that a bit of a relief isn’t it? Well no actually because he has to answer to and get direction from – yes you’ve probably guessed it – the people who were formerly the Special Branch within the old RUC and now running things inside the PSNI. Did I say the ‘old RUC’?

Anyway whilst this is still unacceptable as the HET must go it nevertheless removes the camouflage for others to now also see that it always was the PSNI in charge.

The HET needs to go and go soon. And families don’t trust and don’t want the PSNI to take over these cases.