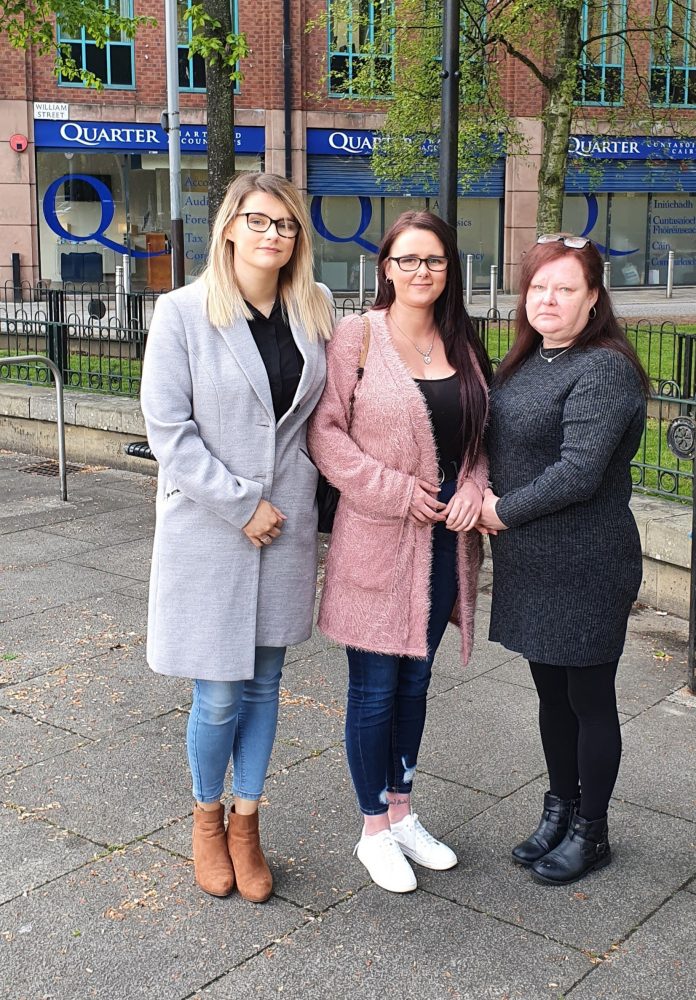 Statement issued by Relatives For Justice on behalf of the family of Hugh McCabe in response to the Police Ombudsman’s public statement on his murder by the RUC.

Hugh McCabe’s daughter, Liz McCabe, said that the family is extremely disappointed that the Police Ombudsman had failed to say that the killing was unlawful, even if it was unjustified. After investigating this case for many years, along with other incidents in which three civilians were shot by RUC bullets during serious disturbances in Divis and Ardoyne in August 1969, the Police Ombudsman prepared a file for the Public Prosecution Service.

Liz said: “Why would they do that if there was not a case that he had been shot unlawfully? The Scarman Report described my father’s shooting as “justified”. At least the Ombudsman has found there was no evidence that my father should have been targeted by the police. He had no weapon and there was no evidence that he had fired one. Clearly, Scarman was incorrect, given that the PPS actually considered prosecution but found insufficient evidence for a successful prosecution.

“Our family has always known that my father’s death was unjustified and unlawful. He was himself a soldier, on leave from his regiment. Some of his senior officers attended his funeral, something they would never have done if he had been firing on police.”

“It is almost 52 years since our father was murdered by the RUC. This investigation by the Police Ombudsman has correctly quashed the false record in the Scarman report. It’s an example of how families can get a measure of fairness even this long after their loved ones’ deaths. Witnesses still come forward, new investigations can throw up new perspectives, false accounts can still be put right. I want to express my family’s gratitude to those who came forward to give their account of how my father died. We encourage others to persist in their quest for truth and justice, no matter how hard it can be.

“We are grateful for the effort and the courtesy of the Police Ombudsman’s staff in carrying out their work and keeping the family informed of developments. We remain convinced that my father was an innocent victim of unjustified RUC fire. The RUC murdered my father and left my mother, and their children, bereft and heartbroken. The Scarman Report added lies to that heartbreak.

“At least that discredited report no longer has the last word about my father’s killing.”

On behalf of RFJ, Mike Ritchie said: “We have been proud to assist and support the family through this long engagement with the successive Police Ombudsman. All families deserve to have proper investigations into their loved ones’ death, particularly where the state has taken life. We would also like to see the Ombudsman given greater resources so that families do not have to wait so long to get the outcome of the investigation.”

Please credit Relatives For Justice if quoting this material.

Please contact Mike Ritchie on 07423 454983 for more information or for family details.