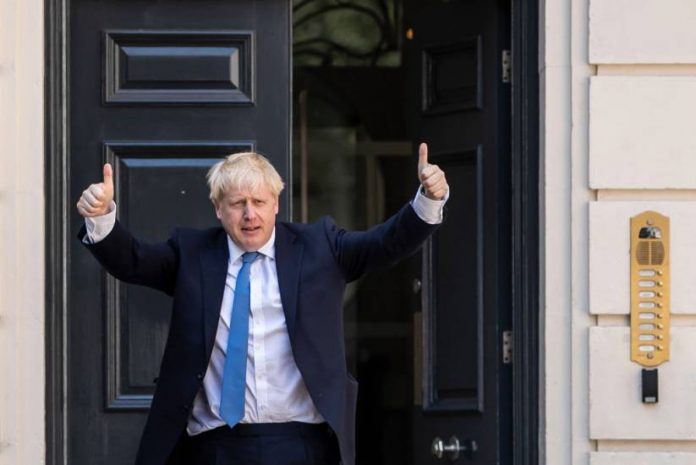 Today Boris Johnston told the British parliament final preparations were being made to a draft bill that would in effect provide protection from prosecution for British soldiers that served in the North of Ireland.

British soldiers killed 367 people during the conflict. The majority of those killed were civilians including women and scores of children. There was no mention of their rights today – only of the perpetrators that wore a British uniform.

Only three of these killings resulted in the conviction of four British soldiers. All were released shortly after being sentenced and reinstated back to their regiments. One subsequently had his conviction overturned after the British political and military establishment, supported by the British media, ran a campaign.

Of those combatants killed many were unarmed and posed no threat. Forensic and pathology evidence also shows that some were captured, tortured and then shot. Other combatants were killed in pre-mediated shoot-to-kill operations that involved weeks of extensive covert surveillance and prior intelligence in which safe arrest could have been achieved within the rule of law and without the loss of life.

However, this was never the intention. Political, policing and military decisions were taken as part of pre-planning these set-piece ambushes to deliberately kill rather than to apply due process and prevent unnecessary loss of life. This was policy. This was outside the rule of law – law that those very same political, policing and military leaders liked to preach about so often in respect to everyone else.

The vast majority of these set-piece ambushes were against republicans despite loyalists also being engaged in a sectarian murder campaign waged against the Catholic/nationalist/republican community.

And let’s be very clear – these state killings were never effectively or independently investigated. So talk of “recycled investigations” and “witch-hunts” are just smoke screens. So too are the claims that only British soldiers are the subject of legacy investigations. But why let the facts get in the way of the truth when truth itself has always been the secondary casualty in the immediate aftermath of state murder. Presenting British soldiers who killed people as victims is grotesquely insulting to the actual victims.

At its height in the 1990’s this loyalist campaign was claiming more lives than that of the IRA’s military campaign and yet there was no state led covert activity to thwart loyalist murders.

Indeed we now know that the presence of covert activity existed in several attacks by loyalists, which claimed Catholic and republican lives yet these ‘security units’ did not act to prevent attacks or apprehend those loyalists responsible. They assisted them.

Tyrone pensioner Roseanne Mallon and Lurgan republican Sam Marshall are two examples. Threats by the RUC and British army had been made to the Mallon family and to Sam Marshall.

The guns used in these murders, like hundreds of other loyalist murders in the late 80’s and 90’s, were provided by a combination of state run agents within all the various loyalist paramilitaries including the DUP linked Ulster Resistance. Effectively the British state, through its ’security’ and intelligence agencies, rearmed loyalism, assisted and directed its sectarian terror and murder campaign.

The late Sir Desmond de Silva QC, himself a Tory and appointed by David Cameron to conduct a review of state papers into the state murder of human rights lawyer Pat Finucane so as to avoid a full public inquiry, noted that 85% of all intelligence in possession of the UDA for the purposes of targeting and murder was supplied by state ‘security’ agencies. It would serve Boris Johnston and his ilk well to read de Silva; though I’m sure they’re well aware of the levels of illegal activity conducted in their name in our country, hence this bill.

In May 2011 Lord Stevens, formerly head of the Metropolitan Police in London, said of the 210 people he interviewed regarding his extensive enquiries into collusion in the North of Ireland, that 207 were working for the state inside illegal paramilitaries – groups engaged in murder.

His recommendations that 24 members of the RUC special branch, the secretive British army Force Research Unit (FRU) and MI5, all involved in directing agents involved in murder, be prosecuted came to nothing.

More recently the former chief constable of Bedfordshire, Jon Boutcher, who is investigating the role of the agent known as Stakeknife, recommended the prosecution of four individuals including two members of the security service. This too came to nothing.

Boris Johnston’s immunity/amnesty protection bill is really about providing cover for the actions of those who ran death squads. It is all about shielding a shameful truth – namely that Britain was up to its neck in murder and collusion in our country.

The questions that should be asked of so-called parliamentarians in London are:

What about the rights of those murdered by their armed forces?

What do they have to say to the mothers and fathers whose children their soldiers murdered?

What about the children who were orphaned by the actions of their armed forces?

What about the widows and widowers?

Are those who did Britain’s bidding in its dirty war in our country not subject to the rule of law?

Are British soldiers above the law?

And what of the Irish government this evening on hearing the words of Johnson today?

The Irish government need to speak out on behalf of those abandoned this side of partition and who themselves have had to struggle for truth, justice and accountability alone.