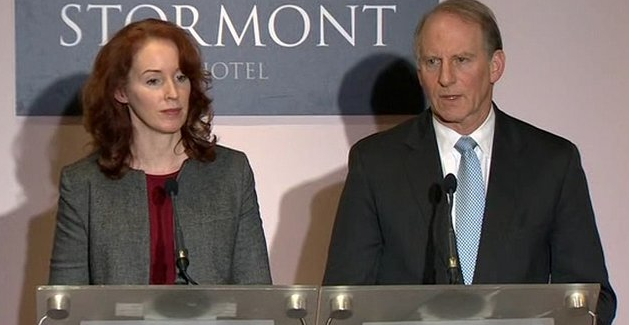 As the talks chaired by Dr. Haass and Prof. O’Sullivan draw to a conclusion many victims and survivors genuinely wish the process well and that an outcome can be arrived at that properly addresses for them core issues affecting their everyday lives.

The hopes of many are pinned on a successful outcome and one that can deliver on issues that have hitherto been sources of controversy, political tension and disagreement.

This Christmas holiday season will have traditionally seen many of the bereaved visit the graves of their loved ones, lay wreaths, pray, reflect and remember. For countless the pain is still too raw despite the passage of time. The unresolved hurts, denials, and absence of truth all linger adding to grief. We need a truth process that seeks not to exacerbate hurts but one that helps heals those hurts.

Any emergent process from these talks must be governed by fundamental principles of human rights – principles that are in the best interests of all; threaten no one, and which are enshrined in international human rights law.

These principles are inalienable universal rights owned by all; unionists, republicans, loyalists, nationalists and those of no political or religious affiliation.

Core issues such as truth; transitional justice; acknowledgement & recognition; and reparation addressing the broader social and economic impact that the conflict visited, in addition to bereavement and injury, upon thousands of our citizens must also form part of the agreed process.

Overall the key to the success of any process will undoubtedly be that of independence – the ability to be independently free from all political, security, and military/combatant vested interest influence and where the needs of all those bereaved and injured are paramount irrelevant of who caused the harms. And the ability to set terms of reference, remit and scope.

Agreement for agreement’s sake on a process that at its core is absent of these core principles will not deliver long-term and we ask our politicians to consider not only this but the added consequences for victims.

As an organisation working with and supporting thousands of people bereaved and injured by the conflict we urge all of our political leaders and both governments to embrace these principles.