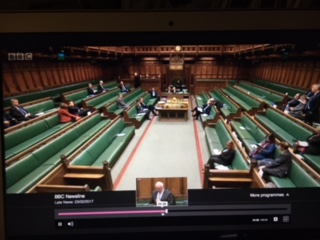 Over recent days families bereaved through British state violence and collusion have been asking, and some quite anxious and upset too, about the notion of an amnesty for British soldiers, former RUC etc. given the huge accountability gap that exists in respect to the violence perpetrated by these agencies.

The questions are asked in the context of unprecedented news coverage where British soldiers who killed their relatives are being presented as ‘victims being persecuted’ ‘hounded’ and subject to ‘witch hunts’. There is very little mention of those they killed. More often the people killed don’t even warrant mention never mind their bereaved relatives having airtime.

Last night in Belfast Irish Government Minister Charlie Flanagan TD made it clear that there will be no amnesty for anyone where prosecutorial evidence exists in relation to a killing. And that includes British soldiers.

He also said that there is no hierarchy of victims; that playing the numbers game in terms of who was responsible wasn’t acceptable either and that the processes agreed to address the past at Stormont House required implementation; that it would be human rights compliant with Article 2 of the ECHR; and dealing with the past would be underpinned by equality of treatment for all families irrespective of who their loved was and how they were killed.

Also, and in response to the DUP and others, the British Prime Minister, Theresa May MP, and James Brokenshire MP, have both ruled out any form of amnesty or immunity. They have carefully avoided questions from the DUP and others.

Jeffrey Donaldson MP, and his associates in the DUP and the Tories, can jump and flap about all day long as much as they like; it’s not going to change anything.

Just take a look at the picture above– it tells us everything we need to know; that over in London they couldn’t care less; in some ways it’s totally pitiful for unionists with all the hundreds of empty seats.

The DUP and the UK government need to now begin the process of implementation of the legacy mechanisms agreed at Stormont House that will address the past for everyone irrelevant of who they were or the circumstances of their killing.

In some ways it could be argued that we care more here, yes the very people that political unionism has ignored, insulted, and vilified as they defend state killings and dismiss collusion, by seeking to have a process put in place for all victims.

Here are links the full text to Minister Flanagan’s speech, a report on his comments by the BBC, and RFJ’s response to the notion of an amnesty, earlier this week.

The clip on this link is at 01-02-50 into the programme directly after the 6pm news.