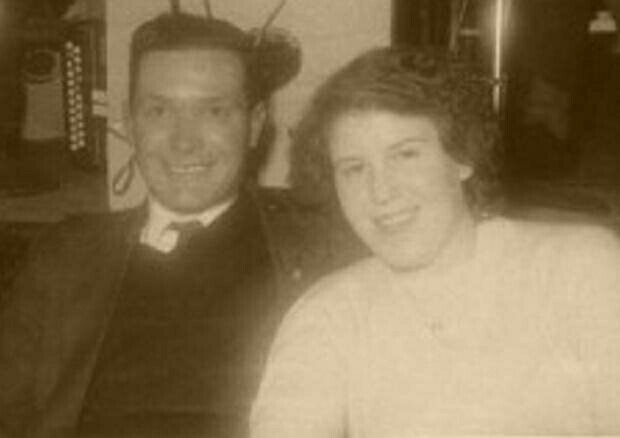 Joint statement released by KRW Law, Relatives for Justice and the family of Theresa and Charles Fox.

On September 6th 1992 the Mid-Ulster UVF murdered Charles and Theresa Fox in their rural, isolated home, in County Tyrone.

The family was the subject of persistent forms of harassment, including death threats, by the ‘security forces’.

The Fox family is under no illusion about the backdrop to the murders of their parents and where culpability rests. Collusion is a key feature being evidenced in threats, intimidation, weapon used, and the deliberate misleading of key ballistic evidence relating to the murder weapon by the RUC’s notorious Special Branch.

There has never been an effective investigation into the murders.

The Fox family engaged KRW Law and Relatives for Justice (RFJ) in advice and support in establishing the facts about the horrific murder of their parents. In good faith they sought to engage the PSNI’s HET in a bid to establish the truth. This process failed the family with a report that was based on false ballistic evidence.

The family has had no choice other than to litigate on key areas of investigative obligations on the part of the State (UK Gov.) that has otherwise not been fulfilled. The family has engaged the Department of Justice (DOJ).

In a recent response, dated Nov 13th 2014 to KRW Law, the Legacy Inquest Unit, on behalf of the Department of Justice (DOJ), rejected the fact that there has not been an Article 2 compliant investigation as outlined by the family, KRW Law and RFJ.

In the same correspondence DOJ accepts that the HET process was not an investigation but rather a review yet the HET clearly indicated and assured the Fox family that they were conducting an investigation and further, that this was completely independent of the RUC and PSNI. That aside from the fact that the RUC failed to effectively investigate the murders and the authorities claimed the HET to be Article 2 compliant.

The DOJ correspondence further goes onto state that the Fox family should not take any judicial action citing that they await the outcome of current political talks by the Executive parties and the two governments.

For the Fox family this is not a feasible outcome. The Fox family rightly notes that throughout the period of 2008/9 there was extensive work by the Consultative Group on the Past, who delivered comprehensive recommendations for an independent international Legacy Commission and that the British government, and the Executive parties, effectively binned these recommendations. All absolved themselves of responsibility and blame.

Since that period onwards nothing was accomplished concerning addressing independently, in an Article 2 compliant way, the murders of Mr. and Mrs. Fox.

In December 2013 and into January 2014, 4 to 5 years later, a second attempt by the two governments and Executive parties to find an ‘alternative mechanism’ to address killings such as those experienced by the Fox family was facilitated by US Senator Richard Haass and Harvard Professor Meghan O’Sullivan.

This proposal too was rejected, this time by the unionist parties to the Executive and therefore fell.

Each time a family asserts its rights under both domestic and international law for effective investigation within the courts there is a counter measure ranging from; prevarication, delay, obfuscation, destruction of evidence, resource arguments, and now the latest round of political talks.

It is therefore not unreasonable that the Fox family, who have been advised by DOJ to await the outcome of political talks that have a prolonged history of failure, should feel frustrated that 22 years after the murder of their parents they still await an effective investigation.

They have a legitimate expectation that an investigation should commence without further delay. Equally this too means that the current litigation should not be delayed.

The Fox family believes that in parallel the political attempts at finding an Article 2 compliant process should continue and if an agreement is found that this could then possibly take effect. However, to suspend their right to litigate to secure an effective remedy is unreasonable given the length of time since the murders; the rejected proposals to date; and the failed mechanisms thus far.

Waiting on any outcome, especially where political agreement is being sought between political parties with strongly opposed views on a way forward, suggests that the best way forward is for the judicature to proceed with a hearing. Otherwise the strong possibility is that the case will have to be revisited and ultimately more time lost for the Fox family in terms of establishing a way forward.

We further note that the issue of resources has been centrally used in claiming an inability of the locally devolved institutions through the DOJ, PSNI, Police Ombudsman, and Inquest Courts, to properly function in a manner compliant to the ECHR re Article 2 investigations.

Again we see this as a deliberate attempt by the UK Government, namely through its representative the Secretary of State and the NIO, at frustrating compliance for political reasons and vested interests whilst seeking to absolve itself from accountability for past actions under direct rule and where sovereignty remains.

This is currently being achieved by withholding the required funding from the UK Treasury necessary to address legacy whilst insisting that these costs be taken from the allocated block administration grant in full knowledge that cuts will be made impacting negatively and local political agreement will be divided.

It is also in this context that the Fox family seeks to instruct KRW Law to advance their case without delay.