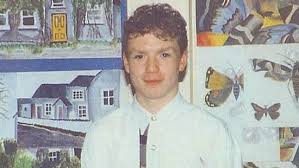 In relation to today’s story carried in the Irish News by Connla Young please find RFJ’s full statement from Director Mark Thompson – RFJ will shortly launch a report on the murder of Gavin McShane and Shane McArdle.

It’s an absolutely incredible situation that the NIO issued firearms certificates and personal protection weapons to members of the security forces and others of which they now claim to have no complete records of who they issued firearms to.

When we consider that scores of these weapons were allegedly ‘stolen’ or ‘lost’ and then used in sectarian murders and attacks at a time when collusion was rife begs the questions of how records are incomplete, how this has occurred and exactly which agencies are involved?

We know that as part of the application process for a personal protection weapon that the NIO also requested a police report concerning the applicant and that consequently many nationalist and republican applicants under threat were declined being deemed as unfit to hold a legal firearm by the RUC. The irony being that these same agencies were widely believed at the time as being indirectly behind the threats in the first instance, a fact now illustrated in the De Silva Report which acknowledges that 85% of all intelligence going to loyalists came from the state’s intelligence services.

It is in this context that we question why records are incomplete.

Added to this is the widely held view that Special Branch and MI5 were directing the Mid-Ulster UVF, the organization responsible for Gavin and Shane’s murders.

In the murders of Gavin and Shane it’s also worth noting that two bullets from the murder scene inexplicably went missing and are now unaccounted for. Gavin and Shane were each shot once in the head at point blank range.

We must also presume that if records for actual weapons are incomplete then this too must be the case with regards to ammunition and collectively these issues are of huge concern for the families.