On February 5th 1992 Martin’s then 18-year-old brother Peter was shot dead in an attack on Sean Grahams’ Bookmakers on the Lower Ormeau Road, Belfast.

Five people were killed in the attack that day and several left with life threatening and life changing injuries.

She is slight in build and approximately 5ft.

But don’t let this physically description be misinterpreted for being diminished or feeble.

Over the period of 36 hours Clara Magee, without sleep, kept a constant vigil at the bedside of Martin as his organs eventually gave way and he slowly passed away surrounded by his loving family.

I was humbled to attend Martin’s funeral on Saturday having earlier visited the wake house.

As I stood saying a private prayer over Martin’s body there was a picture of him and Peter on their First Holy Communion day with their mother proudly in the middle, all smiling. Two beautiful boys embraced by a loving and very proud mother. And I can still see the beautiful smile of Peter Magee as an 18-year-old in my mind from the gorgeous picture of him, ever so handsome, with the world awaiting to be greeted by him and for him to embrace it with all the zest of life that only a teenager with all of their dreams and energy brings to it too; the picture the world only saw after his murder – a life he and so many connected to him were robbed of that day. The legacy of which was, and is, still very much visible today.

Peter and Martin were twins.

They say that the bond between twins is special and growing up the pair were inseparable. And this is certainly evidenced in the home of their mother in other family pictures and abundance of love and memories that exist and live on despite the awful heartache and suffering. 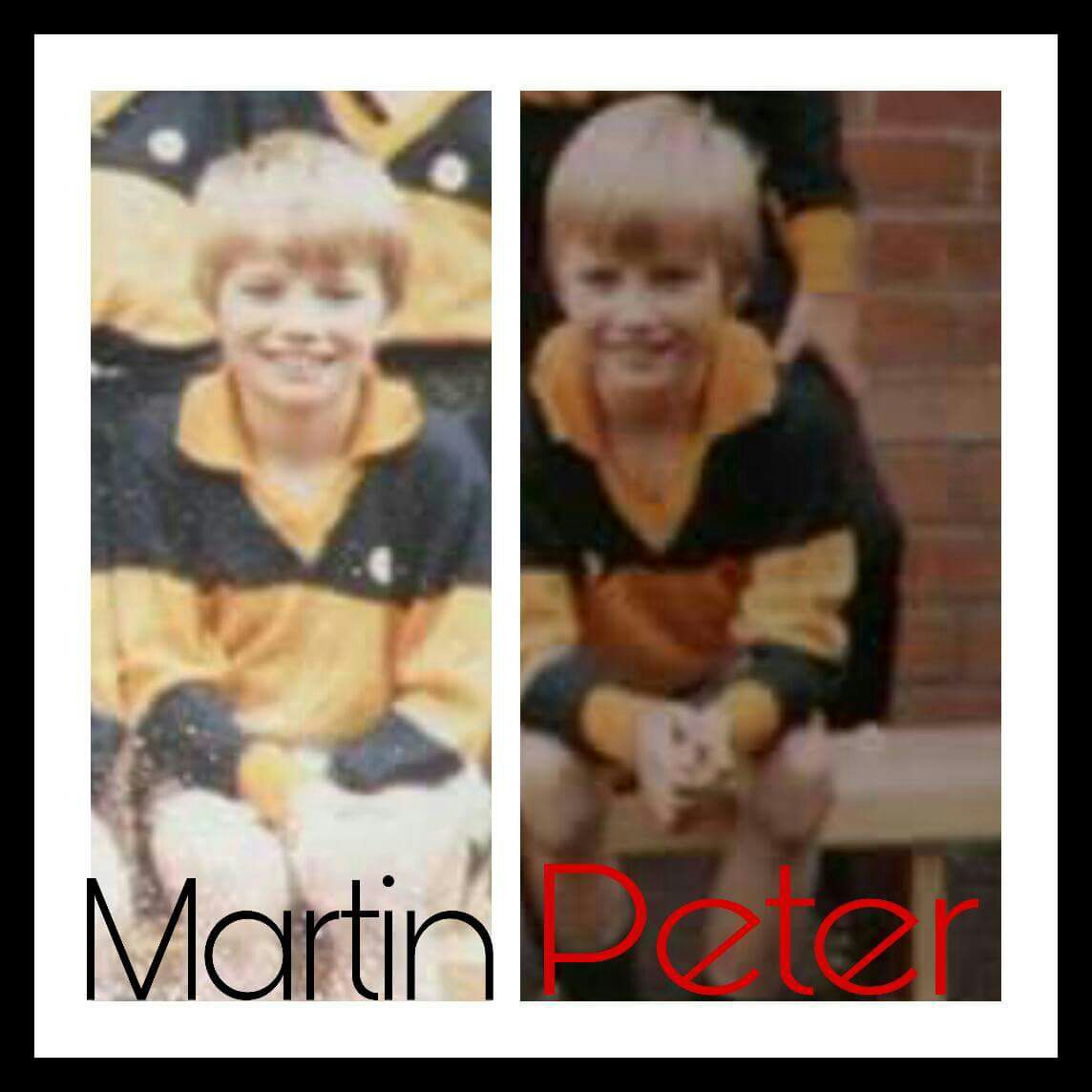 Their elder brother in law, Mark Sykes, was in the bookies with Peter that fateful day never knowing what was about to visited upon them.

The first gunman standing at the entrance doorway sprayed the small confines of the betting-shop with automatic rifle fire. A second gunman with a 9mm browning pistol then casually walked to the farthest corner working his way backwards to the exit shooting anyone he believed still alive in the head and upper body.

Despite being shot Mark lay motionless. But for his arm over his head and which took a bullet from the second gunman he’d be dead.

Peter lay motionless – dead – along with four others including 15 year-old James Kennedy.

Martin was never able to come to terms with Peter’s murder. It was too much for this child too, as he was back then.

He was a tortured soul ever since and despite best attempts to support him by his family and friends he eventually succumbed to his illness last week.

Martin’s sister Maria is an amazing woman with stories of Martin and how she supported him in situations most of us would not tolerate. Indeed the words saintly love is how I would describe her dedication and support to her brother Martin throughout his illness in a completely non-judgmental way, which was incredible to witness.

Clara Magee too is an amazing woman with endless compassion and yet the hardship of life is imprinted on her face, and how could it not be? And paradoxically there is equally a beautiful and gentle calmness in her that also radiates and for the most part shines, which is wonderful and somewhat unique.

And there is a lesson in that for us all to learn from in such gentle humility and yet ironically greatness of this woman when we look for it.

Today I feel ever so humbled and privileged to do the work I do and ever so guilty for sometimes complaining about it. Things were put into perspective, which sometimes you need, that jolt of reality.

Hardship is no stranger in the struggle of life for the Clara Magees of this world interwoven throughout the fabric of her almost nine decades despite her courteous manner and at RFJ we know many like her.

Martin is also survived by his two young sons, Ruairí aged 17 and Peter aged 10, and named after his uncle.

Martin’s illness took its toll on their lives too. You can’t help but witness this transgenerational trauma.

Bereaved relatives across our entire community have died young and prematurely as a direct result of trauma and heartache experienced, which continues to impact today.

As a society we need to alleviate the burden they carry by properly addressing the past including the financial hardships they also face as a consequence of bereavement. It would also be the most fitting memorial to all those killed.