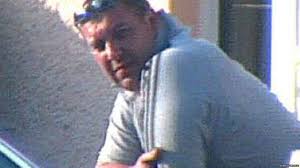 Relatives for Justice is pleased to share points raised by Raymond McCord Snr. concerning the UVF killing of his son Raymond Jnr. in a letter to Fr. Sean McManus of the influential Washington based Irish National Caucus.

RFJ first brought Raymond, as part of a cross-community delegation of families bereaved by collusion (two Protestant relatives and two Catholic relatives), to the US. The tour included Washington DC where they were met with members of Congress, Senate, State Legislators, Union representatives, Irish-Americans, and other members of US civic society interested in human rights and social justice. This was just weeks after the publication of the Operation Ballast report by then Police Ombudsman Nuala O’Loan in 2007.

That original RFJ trip was facilitated and funded by the Ancient Order of Hibernians through Sean Pender (then Chair of the Freedom for All-Ireland Committee), and had massive impact in demonstrating that the UK policy of collusion was widespread and included killings across the political divide. Indeed the policy of collusion also includes the killings of members of the RUC and British army in order to protect agents within republican organisations.

Unionist politicians, in their bid to keep a lid on collusion, have always remained silent on this issue. At the same time they engage in the politics of distraction by deflecting in ‘whataboutery’, whilst also seeking to vilify bereaved families and campaigners. The actions of defending the indefensible is as institutionalised as the policy of collusion and its accompanying policy of impunity are.

We have long past the tipping point in terms of these issues that cry out for – demand – accountability and justice and yet the prevaricating, delaying, and blocking of disclosure to families bereaved who seek truth and accountability through the courts continue. Impunity continues to be extended to those who were employed to uphold the rule of law and protect citizens, while engaged in sanctioning killings and protecting those they commissioned to carry them out.

The current political crisis is in no small way due to the failure of the UK government, supported by the DUP, refusing to implement the legacy mechanisms they agreed to in the Stormont House Agreement. Their strategy is to deny, delay and rely on the relatives to die.

The denial of these fundamental rights has been coupled with a blatant refusal by the UK and the DUP to provide funding to the Coroner’s Court in order that legacy inquests can be held. This request was made by the North’s most prominent legal figure, the Lord Chief Justice (LCJ) Sir Declan Morgan who oversees the function and administration of the courts. The LCJ’s request forms part of his review and plans to enable inquests to be held for families that have waited decades to hear precisely what happened to their loved ones.

The accountability vacuum that forms the core of Raymond’s letter requires immediate remedy. The available and irrefutable evidence indicting agent handlers within the UK’s State intelligence, military and policing agencies, once again highlights the total lack of accountability. The PSNI’s Chief Constable remains in violation of several High Court orders that demand he hand over material in cases of direct and indirect (collusion) State killings. Just today the Chief Constable was criticised in a judicial review regarding failure to disclose state documentation regarding the Omagh Bombing. This is utterly unacceptable.

It highlights the partial, partisan and political approach by the State that is damaging policing, which many now worry is beyond repair, and the wider peace accord.

The message must be loud and clear that any attempt to reestablish the political institutions without all these issues being properly addressed will fail.

The clear demands by families and supported internationally by the UN, the European Committee of Ministers who supervise the many judgments from the European Court on Human Rights indicting the UK actions in respect to killings in the North, and the EU Commissioner for Human Rights are as follows;

Unionist/Protestant  victims campaigner Raymond McCord, Sr. of Belfast  has issued the following challenge to his MP,  Nigel Dodds of the DUP.

Dear Mr. Dodds,
As you will be aware, during the Haggarty trial this week it was revealed that Haggarty had telephoned  his Special Branch handlers on two occasions to warn them that the UVF [ the illegal Ulster Volunteer Force] were planning to murder my son Raymond, Jr.

The Special Branch choose to ignore those calls of advanced warnings and allowed my son to be murdered.

Raymond, Jr.  was a constituent of yours, as I am, and yet you have not uttered one word despite being the MP for North Belfast.

When are you going to raise this with the Chief Constable?

When are you going to call for the arrest of the handlers?

When are you going to raise it in Westminster in Parliament?

When will you stand up for victims of the state and the UVF?

When will you ask for a full independent inquiry into my son’s murder in the wake of these revelations?

When will you ask for a full independent inquiry into the Special Branch in North Belfast?

When will you be a man and speak out instead of being part of a cover-up into young Raymond’s murder?

Your silence to date is a disgrace and an insult to the memory of my son Raymond.

You are quick to criticize the  southern Irish government regarding Brexit, but not the Northern Ireland  police who allowed young Raymond to be brutally murdered.
Raymond McCord