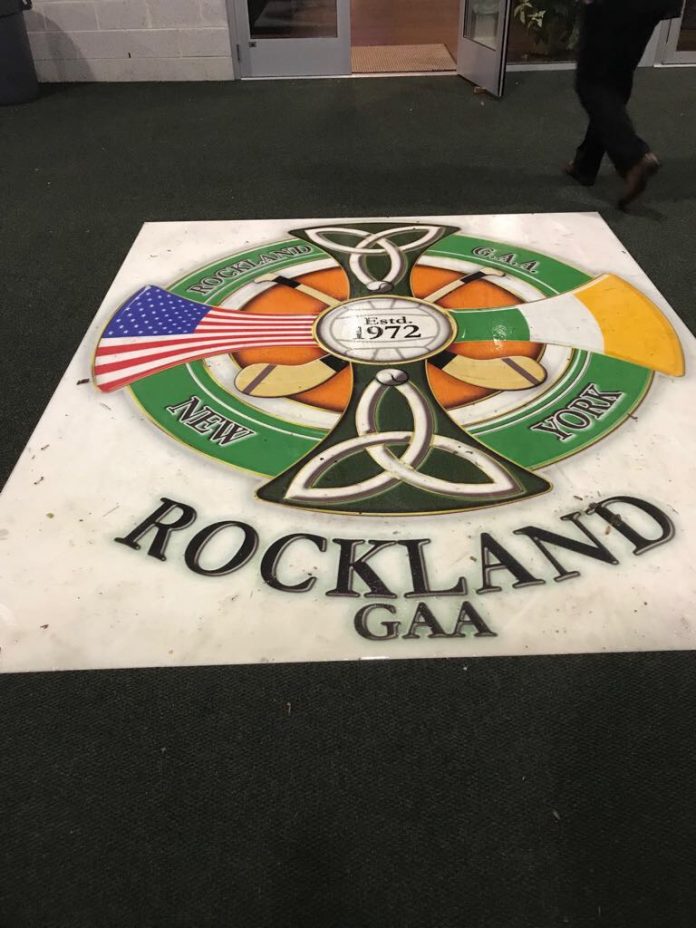 After speaking at Devision 3 AOH in Pearl River, Rockland County, we headed over to Rockland GAA club to meet and talk to people there.

Majestically appearing out of the beautiful setting is the clubhouse.

Martin McKenna, a Pomeroy man, is the current Chair having taken over from my dear and longtime friend and Freedom for All-Ireland Chair in the area Vince Tyler. Vince is also County Commissioner, as well as running his own business.

Vince is another one of those people who I amaze at given the sheer volume of voluntary time he gives to the community.

They’ve just finished the new build and pitches at a cost of €5 million – yes that’s right €5 Big ones – and it’s incredible. All raised by themselves – totally incredible!

Vince was beaming showing me around as was Emmett Woods, brother of Vol Seamus Woods who died on active service. Emmett is also from Pomeroy.

My good friend Sean Pender, National Treasurer of AOH, had immediately on arrival got into the sing song song with Dermot and Joan Moore, our local hosts who are brilliant. They had a well deserved beer having been on the go for hours making sure everything was right at the AOH talk earlier.

Like Vince Dermot, a retired NYPD detective, is a piper in the local Kerry Pippers and Vince the AOH band.

Dermot and Joan, a nurse, are off to Lourdes, France this summer with a group disabled kids and again you’ve just got to amaze at their commitment.

Anyway with catering kitchens, function rooms, training facilities, class rooms, everything from trad music lessons, Irish dancing, language classes, and keep-fit the club is buzzing. It’s a mammoth achievement. And they’re all rightly proud of it.

600 players from fundamentals at the lower ages through to senior teams in both codes it truly is something to behold.

Vince looks after two U14’s ladies football teams with his own girls now past that age group and accomplished senior players. For the past decade Vince has be bringing U14’s to Ireland for Fèile Na Gael – and returning with silverware.

The club was full of people from Donegal to Kerry and of course the facilities are the envy of all!! Even for this humble St. John’s member. Our Gerry McCann would love it!

Rockland truly is the 33rd County!

In the impressive grounds, perfectly landscape with a play park for younger kids, they have erected a fitting monument to all those who lost their lives in An Gorta Mòr.

But for me, a Twinbrooker, the road that leads to the club is named Bobby Sands Way!

And of course we were there on the day that Bobby’s mother Rosaleen passed away. 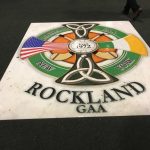 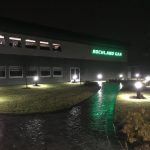