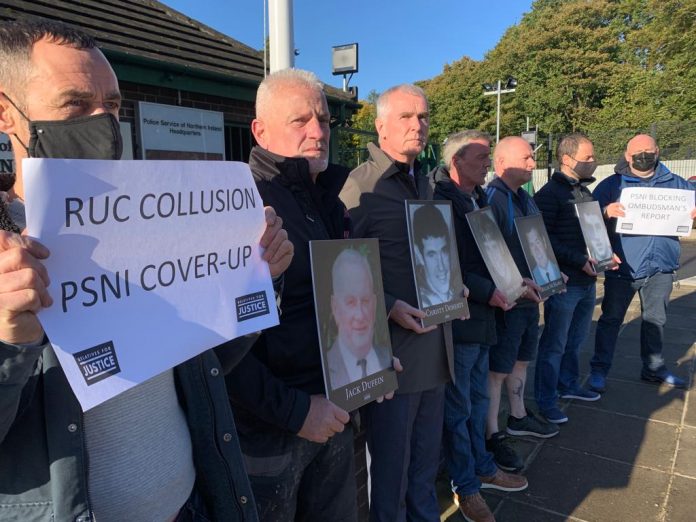 It reads as follows:

As the bereaved families and survivors of the Sean Graham’s bookmakers’ atrocity February 1992, and relatives bereaved by other murders in south Belfast, we are writing to ask why the PSNI, and you as Chief Constable, have consistently sought to thwart the investigation and public reporting by the Police Ombudsman into the sectarian murders of our loved ones.

In February 2018 it was inadvertently discovered through civil proceedings that several thousand documents, crucial to the investigation, had not been provided by the PSNI to the Ombudsman.

Then in October 2018 a further batch of documents in possession of the PSNI were allegedly ‘discovered’.

We consider these to have been withheld.

Prior to these instances the Ombudsman, then Dr. Maguire, initiated legal proceedings against the PSNI for refusal to provide information necessary to his investigations.

The publication of the report into the killings of our loved ones has been delayed on four occasions and for the most part due to the actions of the PSNI and the actions of former RUC/PSNI officers. We consider these actions to be coordinated.

After the conducting of a page-by-page review in January of this year by the Police Ombudsman, the PSNI received the completed report for factual accuracy checking. This process was to be completed by early August 2021.

We now learn that you seek to challenge commentary in the report. It is our understanding that your role is one of merely checking for factual accuracy, and not one of objecting to content.

We find this unacceptable and question the motive behind this latest delaying tactic.

We believe this is yet another example where you seek to overstep your role and now seek to hinder the publication of the Police Ombudsman’s report.

We want to know why the PSNI has acted as a hindrance to independent investigations of these atrocities perpetrated by an illegal loyalist terrorist organisation, and to protect killers and penalise victims seeking truth and justice.  Precisely why are you and the PSNI shielding killers and information about these murders? We believe you owe us and the public an explanation.

We find it disturbing that the PSNI has concealed information and resorted to secret courts in these cases rather than act in the interests of justice like a normal police service.

Since embarking on our quest for truth, justice, and accountability five of those injured in the bookmakers’ atrocity have died prematurely. Parents, siblings, and children of those deceased in the above attack have all died waiting on justice.

Several ageing relatives, who are frail, continue to await justice and there is considerable concern they will not live to see this report published. This is unconscionable.

On behalf of the families of Sean Graham’s bookmaker’s atrocity, the Clinton, Gilbride, and Brennan families. 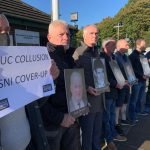 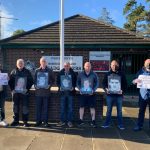