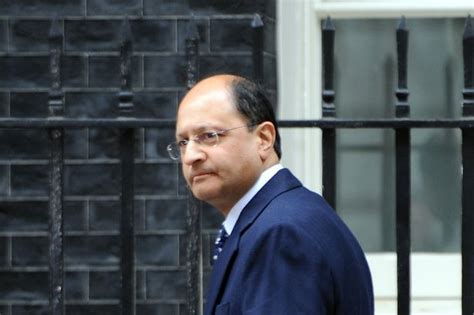 Relatives for Justice today met with NIO Minister Shailesh Vara MP, who has responsibility for legacy. The meeting was at Stormont House.

“We raised our opposition to the use and abuse of the ‘national security’ veto by the British government, and that no consultation has yet begun on legislation to enable the implementation of agreed legacy mechanisms. We also raised the proposed statute of limitations arguing against any form of immunity, impunity and amnesty for State forces.

“We raised the ongoing failure by the British government to fund legacy inquests despite the ruling four weeks ago by Justice Girvan calling for this matter to be immediately addressed.

“We also raised the failure by the MoD to trace soldiers involved in killings that are currently awaiting inquest hearings – not least the case of 11 people killed in the Ballymurphy Massacre.

“I personally raised the killing of my brother John Laverty, killed in 1971 during internment in Ballymurphy, telling minister Vara that while we were meeting him the coroner was expressing her frustrations during a hearing at the lack of cooperation in tracing the soldiers responsible. We said this was not acceptable and cooperation was required, not obstacles.

“We made very strong arguments in favour of disclosure of information to families and for accountability. We called on Mr. Vara, and Karen Bradley, to lift the ban on files containing information about the murder of children in our community through the use of plastic bullets; files having been locked under ‘national security’ until 2059.

“We pointed out that Karen Bradley could release funding for legacy inquests immediately as a goodwill gesture and as ruled by the courts. The roll out of the required consultation on draft legislation to implement the Historical Investigations Unit (HIU) and the other mechanisms agreed should happen as soon as possible.

“We added that by doing the above, unlocking plastic bullet files, publishing the draft legislation and consultation paper with an implementation timetable, and the statute of limitations being removed from the consultation process would all act as an indication of positive intention creating an environment conducive to moving positively forward.

“We stated that families have waited far too long for an independent process to address the past and that this matter required immediate movement.” ENDS