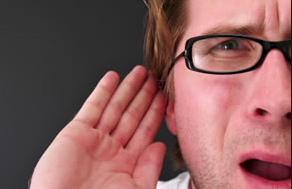 There have been consistent public criticisms from certain politicians concerning the legal aid budget. Families bereaved in the conflict that we work with and support are dependent on legal aid within inquests and other associated court hearings relating to the killing of their loved ones. And it’s worth pointing out and remembering in all of this criticism that it’s a position people certainly wouldn’t want to be in and where families wished it wasn’t them.

Families are put through all sorts of hoops when seeking legal aid as they simply try to establish the full facts and accountability about exactly how their loved ones were killed. Many families don’t even obtain legal aid and have applications rejected. In law inquests must take place where there was no prosecutions. Many inquests into State killings were perfunctory, others have been delayed for decades and so having a go at families misses the point. But then those having a go know this – problem is their propaganda gets some traction and this needs tackling.

Families have also been consistently let down by deliberately flawed ‘investigative’ processes designed to conceal the truth; and where there are no proper independent alternatives in place to address their loss other than through the courts. Which it must be added is a right, as is the right to justice, truth, reparation and guarantee of non-recurrence.

Criticisms are couched in the language of ‘costs’ ‘limited finances’ and we are regularly told that the cost of dealing with the past is ‘too expensive’. Even Villiers was playing this card on Haass. Whilst this masks a strategy in seeking to strike out the legitimacy of addressing the past, which the State is legally obligated to do, these same critics also cite the need to ‘move on’ and of how schools and hospitals could be built with the money used on the past etc.

Of course this is only when it suits as they all have performed Olympic style summersaults in calling for inquiries, inquests and investigations when republicans are responsible.

There are few important facts to note in relation to these arguments.

Costs to the public purse in relation to the small number of families engaged within the courts are miniscule in comparison to what is regularly spent by the PSNI, MoD and other related government departments in these same cases in denying truth and accountability. These costs also come from the public purse courtesy of the allocated budgets yet there is absolutely no criticisms or threats to curb that expenditure. Often it is increased.

The latest Freedom of Information (FOI) request obtained by RFJ shows that just up until November 30th 2013 just under £136 million has been paid out on hearing loss claims to former and serving police officers and their lawyers. The UDR/RIR and prison service are also now in the queue for similar claims. So lets take this as an example of the gravy train of continuous payments to former and serving members of the ‘security forces’.

Firstly these are claims relating to the use of and training in the use of firearms without the proper safety equipment – namely a set of earplugs.

Of the £135,357,689 paid £70.161,788 went to individual claimants with the remaining £65,195,901 going to the few law firms representing claimants. You’ll likely have never heard of these firms because they aren’t open to scrutiny, worthy of mention or public criticisms by the Justice Committee despite receiving payments from the public purse that exceed by tens of millions those of law firms you will have heard of – regularly – and regularly. They just happen to be the law firms specialising in human rights work that includes holding the State to account.

Of the few cases in the courts that frequently draw criticism the incurred costs of these cases pale into insignificance when measured against the overall £136 million on hearing loss and even the £65 million plus figure on legal fees.

Truth be told there is total silence – if you’ll excuse the pun – on hearing loss and the plethora of other payments to the ‘security force’ bandwagon from these same critics. No concerns there about public money at all quite the opposite. Hypocrisy, a great partner of politics here, is alive and well on these issues.

Over half a billion has been spent on Patten severance payments; £250 million on payments to the UDR/RIR; £20 million ‘Gratuity payment’ to the RUC reserve; Over £100 million on retiring rehiring; £70 million to prison officers in a Patten-style payout; and the list could go on and on…

This same constituency – the ‘security industry’ – has been supported in obtaining these payments by the same unionist politicians who publicly criticise families and human rights lawyers using the courts and availing of limited legal aid. And without any mention whatsoever or red faces when these costs could really build schools and hospitals and where none of the payments relate to or come close to the very real issue of death and serious injury. Yet many of these families never had compensation, even though their primary objective is accountability and justice.

The irony is not lost when one considers that some of the families using the courts and to which the objections and cost argument alone exists are the very same families whose loved ones were killed directly or through collusion by these same ‘security force’ members benefiting from the gravy train of payments. And in that context this is altogether repugnant.

Sinn Féin and SDLP members of the Justice committee have raised concerns about the drain on public resources and the need to cap medical and in particular legal fees. However, representatives of the NIO/DOJ and the Crown Solicitors Office decided not to take this obvious cost effective approach – why?

Rightly too there exists a certain amount of cynicism from the public on hearing loss claims where the medical evidence appears negligible and where they’re all queuing up. Up until November 30th 2013 a total of 10,807 had filed for compensation of which 8,641 had settled and there are more to come. Its not as if it’s a few, its all those within the RUC who are still around and that answers the question of legitimacy of claim.

Genuine civilian victims of the conflict are living below the poverty line as a direct result of their bereavement and injury yet comparatively there has been nothing for them. No reparations payments at all. They have been left behind whilst others have been taken literally by the hand and fed from the golden spoon.

The civilian bereaved and injured have to go cap in hand, be put through rigourous and intrusive assessments, and made feel as though they are beggars all for a hundred liters of oil, ongoing pain relief, counselling, a new bed or even wheel chair. Insult to injury.

Yet the gravy train of payment after payment running into hundreds of millions continues on and on for serving and former members of the ‘security forces’. Its the only station where the gravy train doesn’t stop arriving and is an express all the way to the bank – only problem is that if you didn’t put on a State uniform or pick up a gun then you’ll not get a ticket to board.

Those supporting payment after payment to former and serving members of the security forces, including the recipients, also conspired to deny a minimal recognition payment to ordinary civilian victims when raised by Eames/Bradley. They also used it to wreck that report. And this recommendation would never have been made had it not have been a direct need across the community. This was an unforgivable act when the genuine civilian bereaved and injured from across the community were in need.

And again if you were listening closely to Dr. Richard Haass he had an all-telling comment when he said that he and Meghan O’Sullivan were not a government and couldn’t provide financial incentives in seeking support for his proposals. I think that says it all.

Its time we nailed this nonsense and hypocrisy – had some home truths and frank conversations – put a halt to the gravy train – and provided proper reparations to the ordinary civilian bereaved and injured of the conflict.