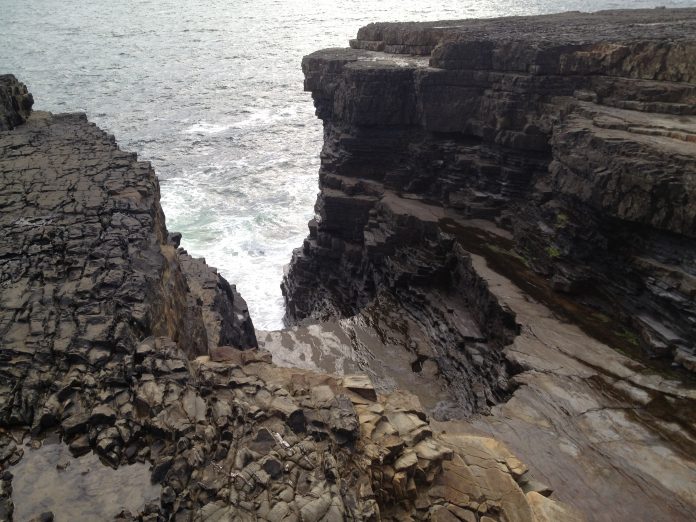 Like many, I am interested in, and bewildered by, what has created a stumbling block to progress re the Haass O’Sullivan proposals on Dealing with the Past.

Apparently – although I am open to contradiction – a significant issue is that of language. In particular the nature of the language used in the document.

In an interview with RFJ’s Mark Thompson and Kenny Donaldson of Innocent Victims United Mr Donaldson focussed on the language as the reason his group was in the Stormont Hotel advising against the final proposals.

This is important to unpick.

The assertion made is that Unionists are asked to concede something by engaging with proposals that are framed in the language used. That this would be a fundamental compromise and a concession.

A cause for concern for some Unionist representatives is the word terrorist is only used a small number of times, and the phrases state and non state actor are used more frequently.

Another issue is how the word “conflict” is used to describe the series of events and phase of history in which they occurred, when referring to the past which is to be dealt with.

So let’s engage with that a little.

The word conflict apparently confers a status to the period of time, and it is this status that some Unionists contest. They do not want to use that word as it may confer legitimacy to the IRA and their armed campaign, which they assert was a series of crimes.

Except that it doesn’t. We all use the word conflict every day of our lives regarding many different aspects of our life. I looked up the definition of it and this is what I got – “a serious disagreement or argument, typically a protracted one”.

I think those who suffered egregious harm at the hands of any of the armed groups might say this is the very least we can define that period as.

It is a neutral term which asks nothing of those using it in terms of their identity, experience or issues – other than to agree that there a period of protracted disagreement.

Using the word conflict is not loaded. Other words I hear used are “War” and “criminal conspiracy”. I think it is fair to say that either of these are politically loaded terms. So conflict is a neutral place from which to begin our deliberations of the past.

Now the desirability of using the word” terrorist” over that of “non-state actor”. Well this is where the real battle lies. It is the core of the argument we are all having isn’t it. The legitimacy of any of the participants to the conflict. The IRA volunteer who took up arms in response to the oppression of her community vs the British army soldier who went to work for Queen and country under the rule of law vs the UVF member who was defending his community from the IRA vs the RUC member going to her day’s work vs the civilian who made no choice whatsoever. Who was right and who was wrong? We all carry our view of who was a “terrorist” depending on our background, experience and politics.

Non-state actor does not confer or diminish legitimacy, it is defined as “an organisation that uses illegal violence (i.e.not officially approved by the state) to reach its goals”. Hardly a subversion of anyone’s experience and merely a recognition of the unofficial role of some of the organisations.

No one won in our conflict. Many many lost. And there are no victories for this contest in dealing with the past. None.

All we can hope is that all of those differing narratives can be placed together to deliver truth to the bereaved and injured of our protracted conflict, and a greater understanding of those experiences to the rest of us. And we can certainly hope for the promotion of human rights standards for all and accountability by all actors for all of the hurts and pains of our conflict.

So what is up for grabs with the Haass O’Sullivan proposals?

An Historical Investigations Unit – with FULL police powers will investigate all deaths and some injuries with a view to prosecution. With no caveat and no political interference.

So if someone was guilty of incurring harm and evidence is produced, that someone may well be prosecuted. No caveat and no vested interest.

And for those for whom that is not possible, or for them desirable, there is still the potential of information recovery from existing documents and from those who participated in the conflict.

An information recovery process as envisaged in this process will record the differing experiences of all of those harmed and encourage those who were involved in the conflict to participate so we have a greater understanding of what actually happened. And this will not be to the detriment of justice, as the HIU will proceed with its work. Indeed the process may well enhance our understanding of the word justice.

There is no stated objective to decide at the end of it all who was right and who was wrong. And why would it? Over 30 years of bombing and killings couldn’t do that. In the end we chose a peaceful future with equal rights for all, over a final victory for some.

The objective of the Haass O’Sullivan proposals is to deliver truth and acknowledgement to those harmed. All of those harmed, from all communities.

Putting a veto on this in advance of any process, particularly in the form of a demand of surrender of legitimacy on some of the participants to the conflict, is a disservice to those who are in pain, and to our entire community who need leaders to build peace and positive relationships. It is an act of insecurity and fear. Rather than trying to score victories from our painful past we need those we elect to reconcile our past, support those coming to terms with its effects, and secure the real victory that lies in peace and a prosperous shared future.