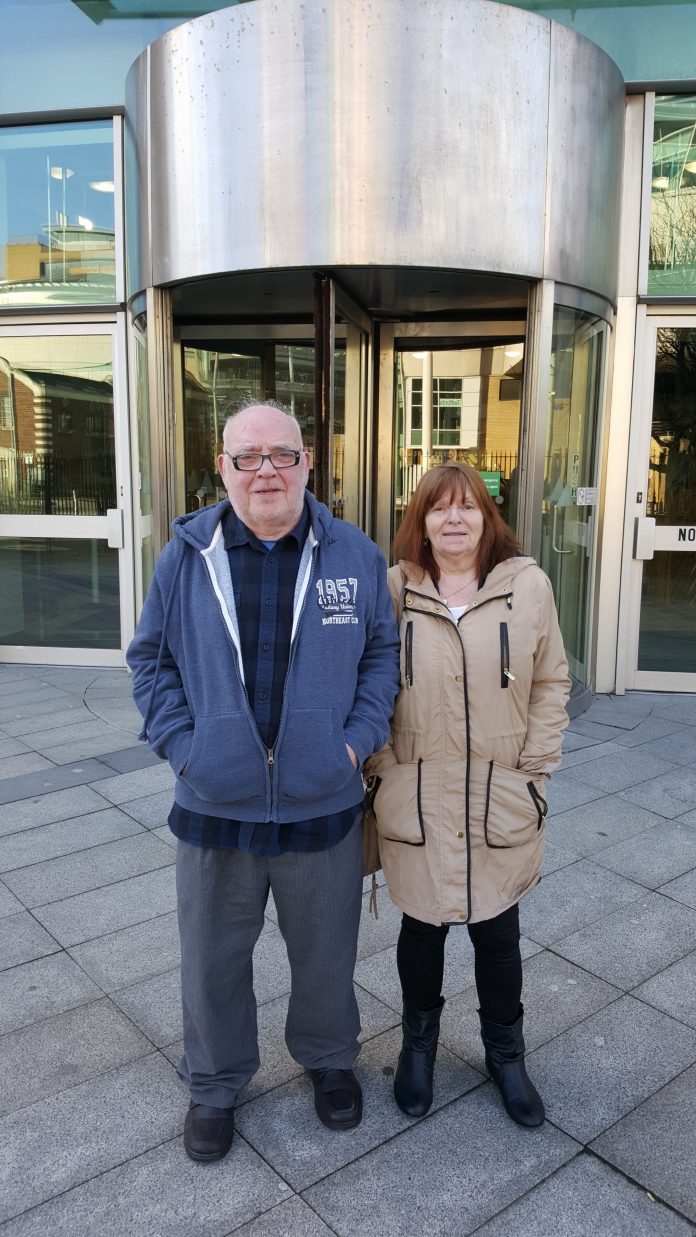 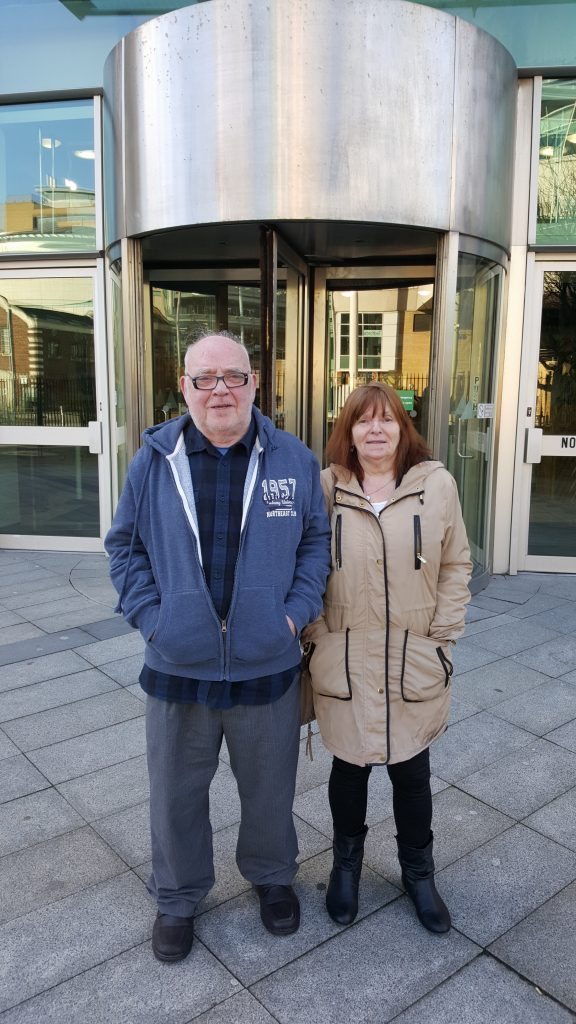 This morning at the inquest of Pearse Jordan relatives of those affected by state violence were crammed up against ‘police tape’ in the public gallery of Courtroom 13 at Laganside Court. The section of the public gallery sealed off was to prevent the public from catching a glimpse of sergeant ‘A’ in the witness stand; a curtain was partially pulled to shield his identity.

They were there to express support and solidarity with the parents of IRA Volunteer Pearse Jordan, Hugh and Teresa, who have led a heroic 23-year legal battle seeking truth and accountability. Also attending were Sinn Féin MLA Pat Sheehan and colleagues Cllr. Janice Austin, Marie Cush and Jim Gibney.

‘A’ who killed Pearse Jordan sat facing Hugh and Teresa, who had won the right to see the witness as he gave evidence in the main body of the courtroom.

‘A’ was also in charge of the Headquarters Mobile Support Unit (HMSU) ‘operation’ on the ground that led to the killing and which was directed from a control room at RUC HQ and overseen by the joint RUC/British Army Task Coordinating Group (TCG).

And so we learned today that;

With a similar MP5 gun Sergeant ‘A’ demonstrated to the court, those who could see him including Hugh and Teresa, how he handled and pointed his weapon as he shot Pearse. It must have been chilling for them but their dignity in the face of this was demonstrated in not showing their emotion. Their determination not to let their son down was once again demonstrated.

Today was more a case of spinning tales than Pearse Jordan spinning around or posing a threat. It was about ‘A’ trying to cover his tracks but his evidence story was as well worn as the switch on his gun and we’ve heard such lies all too often. It’s time for justice.

His evidence was given with an attitude all too pervasive within the RUC and the PSNI still, an attitude of “so what”! The Bill Lowry-esque attitude of open hatred and hostility for republicans was summed up in Sergeant A’s evidence when he said he ‘had no regrets for killing Pearse Jordan’ and that his only regret was that there was a ceasefire and that he didn’t get any more action.

A big question outside of this is – why are the PSNI permitted to defend the indefensible and continue the impunity, spending millions to do so?