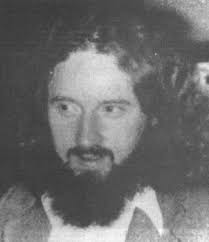 Relatives for Justice (RfJ) has been working with the family of Thomas “Ta” Power to try and find out what happened in the lead up to his death and in relation to any subsequent investigation. He was murdered along with John O’Reilly at the Rosnaree Hotel near Drogheda on 20th January 1987. They were part of a four-man delegation seeking to bring an end to a vicious feud between factions of the Irish National Liberation Army. The hotel was to be the venue where they would meet with the other faction along with two priests as mediators. While waiting, two gunmen entered the hotel and opened fire killing Ta and John O’Reilly and wounding the other two men.

At a time when many families were getting some answers to questions about their loved ones’ deaths through an inquest, a Police Ombudsman investigation or even an Historical Enquiries Team review, cases below the border were receiving little or no attention.

Having been approached by Thomas’ sisters, RfJ wrote to the Garda Commissioner and the Irish Justice Minister asking for some contact with investigating authorities. This has led to meetings with Garda investigators in Drogheda who are conducting a review of the file.

As part of this review, an appeal for information was broadcast on RTÉ 1 on Monday 27th March 2017. Marie and Margaret, two of Thomas’ sisters spoke movingly about Thomas, what he meant to them and the impact of his loss on their family. Part of the Garda review has involved requests for information from the PSNI as it is believed that the attack on the Rosnaree Hotel was probably planned in the north of Ireland. It is hoped that the PSNI will not delay their response.

At the conclusion of the review, the family – along with RfJ casework staff – hope that further information will be made available to them by the Gardaí on the circumstances of Thomas untimely death.