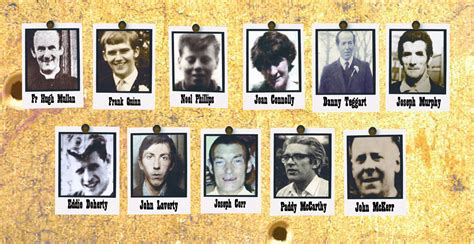 Today had been listed for many months as the opening of the new inquest into the Ballymurphy Massacre, when 11 people were killed by members of the British Parachute Regiment between 9th and 11th August, 1971.

Mrs Justice Keegan is presiding over the inquest and shows great concern to keep momentum moving despite the prevarication over disclosure by the Ministry of Defence and continuing problems over identification of relevant military witnesses. Her concern seems genuine for families to have a sense that things are moving forward.

A considerable body of supporters walked from the City Hall to the courts in a great show of encouragement and solidarity for the families in the lead up to the hearing.

Once the inquest convened, in the largest court in the building (a reflection of the level of interest), a short hearing heard of a revised timetable as set out below.

Essentially, it is hoped to get through non-contentious material between November and the Christmas break, consisting of opening matters, and routine witnesses: ambulance personnel, mappers, witnesses with factual information about the area and the circumstances leading to the deaths. In 2019, the contentious witness evidence will be heard: military personnel, eye-witnesses, forensic and ballistics evidence and so on. In detail, the schedule is now as follows: