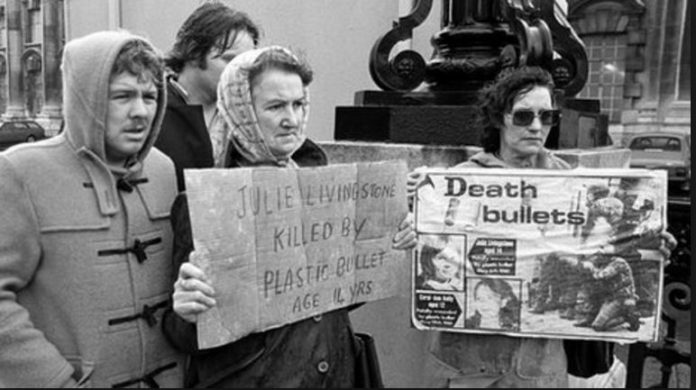 “Plastic bullets have no role whatsoever as part of a modern police service. The legacy of the use of plastic bullets has still not been addressed. There has been no accountability for the deaths and injuries caused.

“The forms of plastic bullets in the armoury of the PSNI have not been tested for their impact on children. It has been widely reported that the area where they were fired was filled with children.

“Plastic bullets are not suitable for crowd control and are only tested for use on targeted individuals. As is widely reported they were used in the context of crowd disturbance.

“Plastic bullets are not used on the island of Britain or any other part of the jurisdiction. This is despite riot situations and intense crowd disturbance in other areas, including the throwing of  petrol bombs and significant destruction of property. They were not countenanced there and should not be countenanced here.

“Plastic bullets will always be used as a weapon of first resort while they are retained.

“They should be removed and banned from the PSNI forthwith.

“Relatives for Justice will continue to monitor their use by the PSNI and will engage with domestic and international oversight bodies to this end.” ENDS