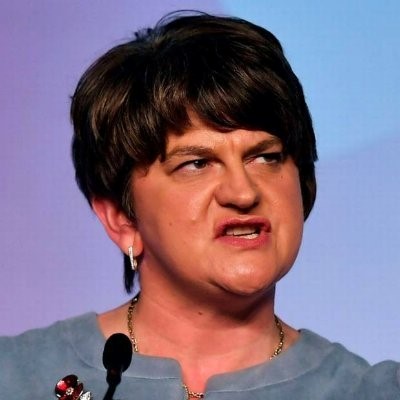 Justice and the rule of law have been undermined in respect to the Public Prosecution Service (PPS) decision not to prosecute anyone in connection with attending the funeral of the late Bobby Storey – according to the North’s joint First Minister, Arlene Foster.

Surely this can’t be the same justice and rule of law that was broken when in May 2016 Mrs Foster deliberately blocked funding to the Lord Chief Justice for legacy inquests?

Back then Foster sought to deny justice to families who had loved ones killed. They were forced to go to court to challenge her decision and accompanying odious remarks about some victims.  In March 2018 Foster was found to have acted ‘unlawfully’ and with  ‘improper political motive’. There were no special sittings of the Assembly, summoning of ministers or special motions to censure her or her party on these matters.

In September 2016, shortly after Foster blocked funding for legacy inquests, she gave the east Belfast UDA linked group, Charter NI, £1.7 million. Many of those bereaved families she prevented from having inquests, which have yet to take place, were victims of the UDA. Foster’s rewarding of perpetrators whilst punishing their victims caused further harm, hurt, anguish and trauma. Some of relatives died during the two year delay caused by her unlawful action. That hurt remains.

Mrs Foster was also silent when the PPS refused to prosecute the special branch handlers of the Mount Vernon UVF, who murdered and attacked Catholics and Protestants. Her silence continued when the PPS recently refused to prosecute two members of UK’s Security Services for their role in covering up the actions of the State agent known as Stakeknife. Both these incidents alone involve scores of murders, attempted murders, abduction, torture, bombings, so-called punishment attacks, extortion and drug dealing. Surely in comparison these actions constitute intentional and much more serious breaches of the rule of law and undermining of justice than those on which Mrs Foster has chosen to be so vocal on.

It doesn’t take much thought to imagine how this would have played out in the media for months on end if a republican or nationalist politician had made decisions anywhere near resembling those Mrs Foster so brazenly and offensively made and for which she remains defiantly unapologetic for. Yet most people would be oblivious to these events as they didn’t feature beyond a glimpse or brief mention at the time.

Maybe we might have some daily radio and weekly television programmes solely dedicated to these deliberate interferences with justice and the rule of law with a presenter that could raise these very points. Though don’t hold your breath.

Mrs Foster’s hypocrisy isn’t lost on those who have been continuously the target of her attacks and actions.