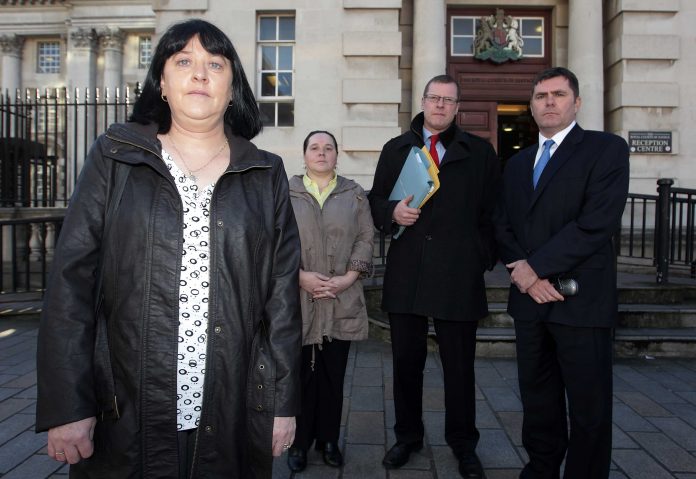 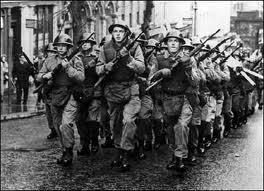 Statement by the family of 16 year-old Gerard Gibson who was killed by the British army on July 11th 1972 concerning application to the High Court seeking leave by way of Judicial Review to challenge the PSNI’s Historical Enquiries Team (HET) on their failure to effectively and independently examine Gerard’s killing. Relatives for Justice is supporting the Gibson family.

Margaret Gibson, sister of Gerard said; ‘We engaged with the HET in good faith regarding Gerard’s killing. In all of the HET literature they state about putting families at the heart of their process. We can honestly say that our family was never at the heart of the HET process, it was quite the opposite.

The HET refused to trace and interview key witnesses. Our family then traced these witnesses, spoke to them and asked them to cooperate with the HET. All witnesses had a clear recollection of Gerard’s killing and were willing to assist and still the HET refused to speak to them.

‘They even refused to trace and interview the soldiers who shot Gerard. This is completely unacceptable.

‘At the time of Gerard’s killing the RUC failed to conduct an investigation adding insult to injury when they falsely stated that Gerard was armed, and that he had died as a result of this gun exploding. All witnesses contest that allegation and the British army has said that they shot Gerard. Further the HET, in keeping with the RUC version, has refused to disclose the ballistic evidence.

‘It was only on conclusion of the HET report, and after pressing them, that it was then disclosed to us that the person tasked with examining Gerard’s killing was himself a former RUC officer. Had we have known this from the outset we would have objected in the strongest possible way.

Margaret continued; ‘Personally we were treated with contempt during the HET process.

‘The HET is a fundamentally flawed process overall and not least on the point of independence, which is an essential principle especially when concerning killings carried out by the British army.

‘The killing of Gerard Gibson demonstrates that failing and is symptomatic of the wider problem that lies at the core of the HET process, which is an inability to function impartially on controversial killings carried out by the state. The situation remains that the state is investigating itself and this is unacceptable.

‘This case is not an isolated incident and the issues at the heart of the Gibson case also affect all killings carried out by the British army and examined by the HET.

‘There has yet to be a British soldier held to account for a killing despite the HET examining hundreds of cases and where the evidence clearly indicates that people were deliberately shot dead.’ ENDS