The British Gov. appointed Secretary of State for the North of Ireland has said that she has not ruled out ordering an inquiry into the killing of a Judge and his wife during the conflict. Lord Justice Gibson and his wife were killed in an IRA operation in 1987 as they returned from holidaying abroad. The pair had travelled northwards from the South. After crossing the border a bomb was detonated.

In correspondence seen by the main unionist paper, the Belfast Telegraph, it reports that that Theresa Villers is currently considering the matter and will write to the Gibson family once she has made her decision.

The case was one of six examined by Canadian Judge Peter Cory, appointed as part of the Weston Park talks by both governments who gave a undertaking that they would be bound by the recommendations of Judge Cory.

Justice Cory recommended inquiries into all six incidents he examined.

The British government then change the goalposts by bringing in legislation changing the nature of inquiries. The Inquiries Act was clearly aimed at curbing full public scrutiny of their involvement in some of the killings. It was widely acknowledged that it pertained mostly to the one killing the British government had difficulty with most – the killing of Pat Finucane.

Four of those inquiries have taken place. The Gibson family declined an inquiry.

The only outstanding inquiry to be held is that of human rights lawyer Pat Finucane. 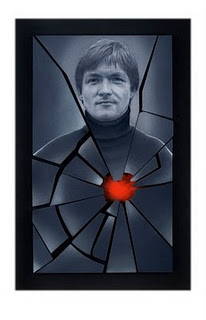 The British government have continually refused to hold an inquiry into this particular killing.

Demands for an inquiry into Pat Finuance’s killing by his family had long predated the Weston Park talks and had also been made by a range of international human rights organisations and governmental bodies including the United Nations and member of the the US Congress who had examined the evidence in the killing.

Last week the UN again called on the British government to hold an inquiry into the killing of Pat Finucane. The call was made by the UN Human Rights Committee that held hearings in Geneva.

Relatives for Justice (RFJ) made a submission and gave evidence at the hearings.

RFJ publicly called on the British Secretary of State for the North to make clear her position on the call for an inquiry including the implementation of the Historic Investigations Unit (HIU) as proposed within the Stormont House Agreement (SHA). There was no response.

In a recent judicial review by the Finucane family to have an inquiry implemented lawyers for the British government argued that they had the right to change their mind in refusing an inquiry.

Today’s news that the British government’s representative for the North is considering whether or not to now hold an inquiry into the Gibson killings whilst refusing the Finucane family a inquiry is political gesturing of a kind that that is loaded with insult not only to the Finucane family but also to all those in Ireland and across the world who have championed this cause.

It is certainly not the response that the UN would have anticipated.

Theresa Villiers is currently shadowing the joint First Minister, Martin McGuinness MLA, in the US concerning a range of matters not least dealing with the past.

We would encourage those who meet Theresa Villiers to raise the need for an inquiry into the killing of Pat Finucane.