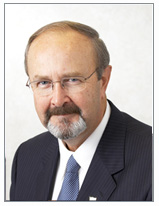 Speaking tonight in light of the Audit Report on the rehiring of RUC into the PSNI Director of Relatives for Justice Mark Thompson has made the following statement:

‘Relatives for Justice have been engaged in a number of FOI requests concerning the re-employment of former RUC officers who retired under Patten with very generous severance packages.

‘It is patently obvious that the figures provided each time have been evasive and misleading. The most recent public figures, prior to the Audit Office report, showed that 300 former RUC officers were re-employed through Grafton Recruitment at a cost £44 million.

‘We now learn that the actual figure is 1,071 former RUC officers were re-employed at a cost of £102 million.

‘The obvious question is why was this true figure never revealed, and especially why was the Policing Board not informed of this figure when they raised the matter?

‘The Patten recommendations, and in particular the generous financial packages, were aimed at creating change. They were never intended to be abused in this way and legislation closing this loophole is required.

‘The reason for that change was that as an institution the RUC were unacceptable to the nationalist community.

‘The RUC were indicted for systemic human rights abuses and the subsequent changes recommended in the Patten report underlined the necessity for root and branch change.

‘The reality is that at a political level bringing back former RUC officers undermines the Patten recommendations and is aimed at frustrating change whilst again providing yet another a gravy train to those within the British ‘security forces’.

‘As far back as April 2007 RFJ have been raising this matter given that our Director’s details were provided to the UVF by a civilian employee within the PSNI. (This person was later charged and convicted along with another person. However, there was no independent scrutiny of this matter).

‘At the time RFJ asked for the Police Ombudsman to be called in to investigate this matter only to be told that these civilian staff were not accountable to the Police Ombudsman and thus were effectively operating within a vacuum of accountability. RFJ then asked the then Chief Constable, Hugh Orde, to facilitate a Police Ombudsman investigation to satisfy those whose details were provided (117 people) in order to demonstrate public confidence concerning the role of civilian employees. This was refused.

‘This latest figure in the Audit Office report is particularly concerning given that a number of former Special Branch officers have been rehired as civilian employees within the intelligence section of the PSNI including having key responsibilities for legacy issues pertaining to collusion and shoot-to-kill which implicate the RUC.

‘One former senior officer now plays a crucial role within the PSNI’s Legacy Unit, employed as a civilian worker.

‘It is a matter of public record that this officer (Mark McDowell), while serving within the PSNI, sought to interfere with the independence of the office of the Police Ombudsman. As a senior serving PSNI officer McDowell wrote to PONI challenging a number of reports evidencing collusion. His interventions ensured that the findings of collusion were overturned prior to publication. This intervention subsequently formed part of the investigation by the Criminal Justice Inspectorate that led to Ombudsman Al Hutchinson having to resign.

‘Victims of collusion and state violence campaigning for truth find this situation incredible given that these same officers spent their careers asking the public to cooperate with their inquiries.

‘Apart from the appalling abuse of public money this entire situation is totally unacceptable.

‘Consequently the Patten reform process has been seriously undermined.

‘Al Hutchinson was the Oversight Commissioner for the implementation of the Patten reforms.

‘There now needs to be an investigation into his role concerning this matter.

‘There equally needs to be an investigation into any conflicts of interests relating to Grafton Recruitment, its management, directors and financial beneficiaries’